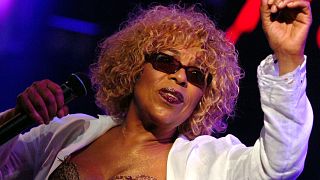 Grammy Award winner Roberta Flack has announced through a spokesperson that she is battling ALS   -  Copyright  LAURENT GILLIERON/AP2005
By David Mouriquand  •  Updated: 15/11/2022

The beloved American soul and R&B singer Roberta Flack has announced through a spokesperson that she is battling ALS.

The progressive brain disease, amyotrophic lateral sclerosis - popularly known as Lou Gehrig's disease - has made it "impossible to sing and not easy to speak," the spokesperson said in a press release.

"Miss Flack plans to stay active in her musical and creative pursuits. Her fortitude and joyful embrace of music that lifted her from modest circumstances to the international spotlight remain vibrant and inspired."

Flack's manager Suzanne Koga added that “it will take a lot more than ALS to silence this icon.”

The statement did not disclose how long ago Flack, 85, was diagnosed with the fatal condition.

Flack is known for hits like 'Feel Like Makin’ Love,' 'The Closer I Get To You,' and 'The First Time I Ever Saw Your Face', the lead single on her album 'First Take', a song which catapulted her into stardom after Clint Eastwood used it as the soundtrack for a love scene in his 1971 movie Play Misty for Me.

She is also known for her song 'Killing Me Softly With His Song,' which was famously covered by Fugees in 1996, with Lauryn Hill on lead vocals. Last year, Rolling Stone added both Flack's and Fugees' versions of the song to its list of the 500 greatest songs of all time.

Roberta and the Green Piano

The announcement comes just ahead of the premiere of Roberta, a feature-length documentary directed by Antonio D’Ambrosio, which debuts this week at the DOC NYC film festival in the Metropolis Competition section.

“I have long dreamed of telling my story to children about that first green piano that my father got for me from the junkyard in the hope that they would be inspired to reach for their dreams,” Flack was quoted in the release for the book. “I want them to know that dreams can come true with persistence, encouragement from family and friends, and most of all belief in yourself.”

The documentary's television debut and book's publication kick off 2023, which also will see the commemoration of the 50th anniversary of her fourth album, 'Killing Me Softly,' with a reissue.

Flack, who has used a wheelchair since she suffered a stroke in 2016, was honoured with a Grammy Lifetime Achievement Award in 2020.

There is no known cure for ALS, which affects patients' ability to move, talk and even breathe. The disease claims the lives of those diagnosed within three to five years, according to the Muscular Dystrophy Association. However, some patients can live decades.