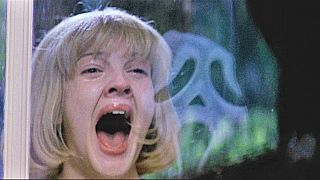 Have you ever wondered which horror villain has caused the most fear amongst audiences?

Well, since Halloween is upon us, wonder no more.

The team at Claims.co.uk have filtered through hundreds of horror villains that have graced our screens over the years and have come up with the answer as to who’s scariest.

They have used jump-scare, kill-rate and runtime data from precisely 162 horror films to establish which nefarious cinematic boogeyman is the most effective.

Before the big reveal, the methodology

The research was done by sifting through sites like listofdeaths and wherethejump to curate a dataset containing death counts and jump scares. The dataset was subsequently filtered to those with a minimum of 10 jump scares, for maximum horror accuracy.

The final score is an average percent ranking of the “average deaths/movie” and “average jump scares/movie” (attributed to that villain), presented as a “Villain effectiveness score” out of 10.

The results are in...

It turns out that the most effective Halloween villain is, quite fittingly, Michael Myers from the Halloween franchise, with a villain effectiveness score of 8.71/10.

“The Shape” earns this score by killing on average a horrifying 18 people per film. Not only that, but he also causes jump scares an average of 11 times per Halloween film.

Third place goes to Japanese-US horror’s main villain Kayako from The Grudge films, who earns a score of 7.58/10, with a death rate of 8 people per film and a whopping 13 jump scares per movie.

The rest of the Top 10 features The Death Angel from A Quiet Place and its sequel, tying with the Mask Man from The Den (7.10/10); The Blob from... you guessed it... The Blob ties with Creeper from Jeepers Creepers (6.78); Ghostface from the Scream franchise stands on his / her own (6.62); and Chucky from the Child’s Play / Chucky series shares the final spot with Bo from House of Wax (6.29).

When it comes to the separating the kill-rate, ie: establishing the quantity of deaths caused by a villain, it’s surprising to see that Bo from House of Wax takes the dubious accolade of being horror’s most effective killer. Indeed, in the space of a 113-minute film, Bo manages to kill 154 people. Compared to that, Michael Myers musters a still-impressive 106 kills, and lagging behind him is The Blob with a comparatively pithy 38 victims. Scream's Ghostface follows with 34, Malignant'sGabriel with 30, and the aforementioned Chucky, Werewolf, Death Angel and Creeper round things off with 24, 21, 20 and 19 respectively.

Somewhat surprisingly, the Xenomorph from the Alien franchise only manages 19 deaths in total. The score seems low, but then again, it’s hard to keep count when you’re soiling yourself with fear.

In space, no one can hear you pee, and all that.

So, surprised by the fact that Michael Myers is the scariest and most effective scary bastard? Were you hoping / fearing that the likes of Candyman, Jigsaw from the Saw series, Pinhead from Hellraiser, Freddy Kruger, Jason Voorhees or even Pennywise the clown would make the Top 10?

Let us know and happy Halloween to you all.