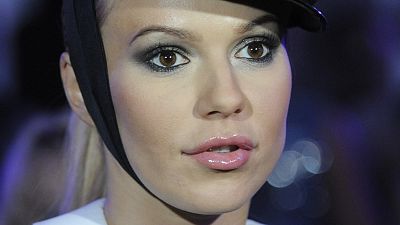 A Warsaw court violated the rights of a Polish pop star when it prosecuted her for "offending religious sentiment," according to the European Court of Human Rights (ECHR) on Thursday.

Dorota Rabczewska, known professionally as Doda, was fined 5,000 zlotys, or 1,160 euros, in 2009 after she said in an interview that she believed in a “higher power.” But that she followed science more than "incredible [biblical] stories" written by "a person stoned on wine and weed."

After the website Dziennik published her interview, two people attempted to sue her, and a polish court prosecuted her for offending their religious views, which is an offence that falls under the country’s Penal Code.

Her subsequent fine in 2012 was 50 times higher than the legal minimum.

Doda then filed a complaint with the ECHR after a previous appeal failed at Poland’s Constitutional Court.

The ECHR ruled in favour of the singer, saying that her previous statement was covered by her fundamental right to express herself freely.

The court said that her conviction "for blasphemy ... [was] contrary to the European Convention on Human Rights".

It added that the Warsaw court "did not have sufficient grounds" to limit her expression. And that while the interview had "statements of a nature to shock or disturb certain persons", it did “not incite hatred or religious intolerance".

The ruling also determined that Poland will have to pay Donda 10,000 Euros, which is almost ten times higher than its original fine.