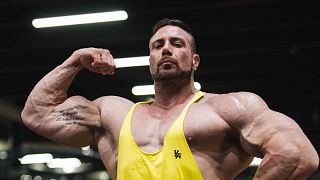 Social media is toxic. We’ve all thought it at one point or another.

It’s also incredibly addictive. A 2018 study found that nearly 40 per cent of social media users were addicted to it.

This week though we’re looking at the influencers themselves. Specifically, the toxic male influencers that are changing or affecting young boys’ attitudes around the world.

At the heart of social media’s addictiveness is the content being produced by people who make a living off these platforms. Whether its through brand deals on Instagram, or affiliate marketing on TikTok, social media influencer is an aspirational job new to the 21st century.

A UK study found 87 per cent of 12 to 15-year-olds used social media. Social media has become an aspiration such that a 2019 survey found British kids would rather become an influencer than an astronaut.

But as social media platforms can allow the most controversial content to rise to the top, there’s been a growing trend of unsavoury characters that are in the most lucrative influencer positions.

That’s a worry when many of the people watching these influencers are children.

You may have already heard of people like Andrew Tate. Part of a new wave of male influencers spouting their “advice” on career growth, dieting and dating.

Tate was a professional kickboxer who first came to prominence when he was kicked out of the Big Brother house in 2016 after a video of him whipping a woman surfaced.

But in recent months he became an internet celebrity when his social media strategy saw his videos spread like wildfire across people’s timelines.

Videos of his misogynistic and hateful comments were uploaded and reuploaded by thousands of users as part of a viral marketing technique to promote his life-coaching university through affiliate marketing. In short, a pyramid scheme that had users try to make money by reposting videos of Tate with their own link to his sites.

The tactic was incredibly effective and very quickly Tate’s content was all over TikTok, YouTube and Instagram. Quickly, parents and teachers started commenting on the worrying behaviour they were seeing from young boys who were watching Tate.

if you have a son, a little brother, a nephew, etc y’all need to srsly be monitoring what kinds of content they’re consuming because this is so fucking scary pic.twitter.com/YuJGZ6kFJH

Tate’s content is defined by its violent vitriol, degradation of women, and consumerist decadence. It’s a smorgasbord of the worst influences you could expect for teenage boys and younger.

But Tate is not alone on these platforms.

These men prey on teenage boys who may not feel good about themselves and are looking for role models they might not have in their lives.

So let’s look at an influencer doing the opposite.

While it’s all well and good to want impressionable young men and boys to choose a softer life full of wholesome activities like veganism and cross stitch, the sort of boys that influencers like Tate attract aren’t looking for wholesome content.

That’s why I am in love with the content Noel Deyzel puts out.

Deyzel is a bodybuilder and social media influencer. Much like Tate, his followers are going to come to him for advice on how to get ripped and look like the kind of hardcore man they celebrate.

And just as Tate uses his social media presence to create money through marketing, Deyzel is also selling his workout coaching academy.

But whereas Tate and other similar influencers attract a cohort of young male fans through tactics of alienation, Deyzel spreads messages of kindness.

It all starts with one of Deyzel’s first hit TikTok’s: “How to not be a Gym Douche”. From the off, Deyzel was promoting ways to be more considerate to other people in gyms.

But it goes further than that.

Deyzel has clearly realised the potential vulnerability of his audience and he’s played into it.

And while Tate and his cohort might take advantage of young lonely boys without role models, Deyzel has gone the other way.

On Father’s Day, he posted a TikTok about how he grew up without a father.

In the video he explains how he had to become his own father figure.

“Many of you might be in a similar situation as I was. I can assure you, things will be alright,” he says in the video.

“Be honest, keep your promises and practice generosity. I know how difficult the world may seem but be proud of your achievements, just as I am proud of you.” Deyzel adds to his audience.

He’s even taken to demystifying the trends of seeing very ripped influencers claiming to just have natural diet and exercise plans.

Compare to the Liver King, who claims to subsist entirely on the grossest cuts of meat like raw testicales and, you guessed it, liver. While he gets his clicks from pushing his pretty rough diet to promote his supplement pills, Deyzel has actively worked to stop impressionable watchers resorting to steroids for better results.

Deyzel recognises the appeal of steroids in the bodybuilding world. He has pushed against any of his audience trying them and details their negative side effects.

He is even open about his previous use of steroids, in the interest of complete openness while advocating against their use.

In almost every way, Deyzel is the antithesis of the toxic male influencers. He’s open about how he got his body to be the way it is. He advocates kindness and wants his audience to be the best they can be.

Sexism and misogyny called out at first World Cup since #MeToo