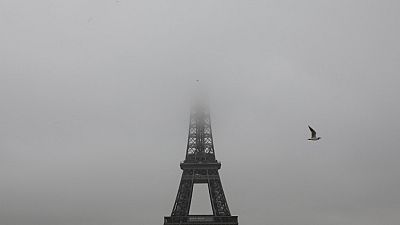 The Eiffel Tower is preparing for "another difficult year" in 2022, says Jean-François Martins, president of its operating company Sete.

Despite a recent surge in visitors, the absence of Asian tourists, expensive restoration works and policing challenges were hampering the Parisian landmark's recovery, said Martins in an interview with AFP.

He said more money from public shareholders would be required to recapitalise the tourist attraction.

Although tourism in France has nearly reached pre-pandemic levels, thanks largely to an increase in European and French visitors, there is an absence of "distant markets", notably Asians, said Martins.

The Eiffel Tower, which has welcomed 1.6 million visitors since the start of the year, is aiming for 5.5 million admissions in 2022, which would represent 10% less than in 2019.

"It may seem extremely positive, but the 10 per cent that is missing is our margin,” said Martins, although he added that the deficit for 2021 was lower than expected thanks to "a good end of the year."

Built in 1887, the tower is facing exorbitant costs for its 20th paint job in preparation for the 2024 Olympic Games.

From an initial quote of €50 million ($53.3 million), costs have now risen to €92 million ($98.2 million), after poisonous lead was discovered in previous layers of paint.

Last week, a major police operation was launched around the tower to crack down on pickpockets, unauthorised street vendors and performers.

"The problem is real, both for our visitors and for our collaborators", said Martins, calling for a "permanent" police presence at the site.

After initial funding of €60 million in 2021, "this new deficit situation will very probably require a new recapitalization" by operator Sete's shareholders (the City of Paris and the Greater Paris Metropolis), he said.

Martins continued that the "amount [of money] remains to be determined” and expressed hope for state aid.

Strong numbers of Europeans and a "good presence of Americans", who accounted for 60 and 17 per cent of overall visitors to the monument respectively, were behind the recent recovery.

He also described the return of French visitors after the COVID-19 pandemic as a "real novelty". 15 per cent of all visits to the tower in 2022 were from French citizens.

"School holidays and sunny weekends have confirmed the attractiveness of the tower on the French and nearby European market," said Martins.

France has been the world’s leading tourist destination for more than 30 years.

In 2019, 90 million international tourists visited France, with tourism accounting for 8% of the country's GDP.