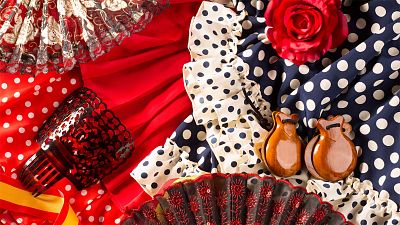 Italy has announced it is seeking to have opera singing recognised on UNESCO’s prestigious list of intangible global heritage, a formal acknowledgement of the role Italian opera has played in the past six centuries.

Classical music fan or not, you’ve likely heard the work of composers like Antonio Vivaldi and Gioacchino Rossini but have you heard Kaustinen folk music, Uillean piping or the Chant of the Sybil?

These are just a few of the unique European musical traditions you might not know that are already inscribed on UNESCO's intangible heritage list.

In 2021, UNESCO recognised as an intangible cultural heritage of humanity Greenland's Inuit drum dancing and singing, an indigenous form of music performed among the Greenlandic Inuit communities.

The drum dance typical of the tradition can be performed by one dancer alone or accompanied by a choir singing songs about love, humour and hunting.

For the Greenlandic Inuit, the drum dance and music embody a sense of community and continuity between the past and the present.

Both Cyprus and Greece share the practice of the Byzantine chant, which was inscribed in UNESCO’s list in 2019.

The Byzantine chant, which mixes tradition and religion, is a living art that has existed for over 2,000 years and was initially developed in the Byzantine empire.

The chant is closely linked to the Orthodox Church in Cyprus and Greece, as the singing was used for religious worship.

The singing refers to the ecclesiastical texts and it’s essentially monophonic, vocal music with no instrument accompanying the singing.

In 2019, UNESCO added to its list Finland’s Kaustinen folk music, a tradition where the violin, with or without accompanying instruments, is played by ear. The style is characterised by displaced rhythms or accents that make it easy to dance to.

The 250-year old tradition is played during wedding parties, public concerts and at the annual Kaustinen Folk Music Festival in the small village of Kaustinen.

In 2019, Rebetiko, a century-old beloved Greek musical tradition, was added by UNESCO to its heritage list.

Rebetiko, which is often called “the blues of Greece” or “the blues of the outlaws,” is an umbrella term covering a music genre that emerged among the poorest population in Athens in the early 20th century. It was music influenced by Byzantine, Turkish, Roma and Jewish music, originally created by Greek refugees from Asia Minor.

Rebetiko—with its passionate songs about rebellion, love, war, exile, unemployment and crime—has been exported around the world, and in 2020 even become the subject of a music course at New York University.

The genre has moved from the margins of Greek society to mainstream, and is still widely popular in Greece.

In 2008, Sardinia’s “Canto a tenore,” a style of pastoral singing developed on the island, received recognition from UNESCO.

Its main characteristic is its deep, guttural tone, achieved by the polyphonic singing of a group of four men. It is performed in a tight cicle.

The tradition, still alive, is deeply entrenched in Sardinian identity. It often takes place spontaneoulsy in local bars and is also performed at weddings and festivals.

Uillean piping was inscribed on UNESCO's list in 2017. It involves playing Irish music on a particular type of bagpipe known as the 'uilleann',

It is a highly developed and complex instrument, with some functionalities that are found nowhere else.

It often accompanies music played at weddings and parties, and it’s been passed on through several generations of Irish musicians.

In 1968  there were an estimated 100 players of the instrument left in the world, today the practice is thriving.

Fado music, which originated in Portugal in the early 19th centry, is now a symbol of Portuguese culture and tradition.

It incorporates poetry and music to create a sometimes sorrowful, melancholic and always passionate melody, usually performed by a solo singer accompanied by an acoustic guitar and the Portuguese guitarra. It was inscribed in UNESCO’s list in 2011.

Chant of the Sybil, Majorca

The Chant of the Sybil, inscribed in UNESCO’s list in 2010, is a religious song performed on the night of Christmas’ Eve in churches across Majorca.

The chant is traditionally performed by a boy or girl accompanied by two or more altar boys or girls, with the main singer walking through the church carrying a sword in their hands. At the end of the chant, the singer uses the sword to draw a cross in the air.