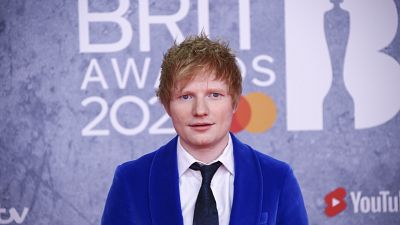 British pop star Ed Sheeran has emerged victorious from a court battle over his hit song "Shape of You".

Sheeran had been embroiled in an 11-day court battle since March 4, where he is being sued by two songwriters who accuse him of plagiarism for his hit 'Shape Of You'.

He was accused in 2018 by Sami Chokri and Ross O'Donoghue, who perform as Sami Switch, of being partly inspired by their track "Oh Why" for the melody of his smash hit 'Shape Of You', the best-selling song in the world in 2017.

A UK High Court judge ruled today that Sheeran had not plagiarised from Chokri and O'Donoghue's song "Oh Why".

Despite his victory before the highest court in the land, the case has been an ordeal for all parties involved.

Here ae the details of the case made against Sheeran.

Parts of 'Shape of You' not original?

Both songs were played in the courtroom presided over by Judge Antony Zacaroli.

Andrew Sutcliffe, acting on behalf of Sami Switch, said, "the similarity" between certain passages "is striking", they are "almost identical".

"Mr. Sheeran is undoubtedly very talented, he is a genius. But he is also a magpie," he added. "He borrows ideas and throws them into his songs, sometimes he acknowledges it, sometimes he doesn't," he continued: "It depends on who you are and if he thinks he can do it with impunity."

The lawyer pointed out that his clients are "very talented songwriters, who deserve the same respect as any other artist and recognition when it is due".

Ed Sheeran and his co-authors, Steven McCutcheon and John McDaid denied these accusations.

They had applied in May 2018 to the High Court for it to recognise that there had been no copyright infringement.

Two months later, in July, Chokri and O'Donoghue, in turn, began legal proceedings against them.

On March 15, the trial heard that huge efforts were made by Chokri's former management company to ensure the Sami Switch track made its way into Sheeran’s peripheral vision, and thus making it more likely that the award-winning singer-songwriter would have had the song in his ear.

Written evidence submitted by managing director of Artists and Company (A&C), David May, alleged that the company had “a concerted plan to target Ed Sheeran in the hope of engaging his interest in Sami’s work” at the time ‘Oh Why’ was being promoted.

The payment of royalties linked to 'Shape Of You', estimated at 24 million euros was suspended by the collective management organisation PRS. This will likely be unfrozen now.

In 2017, Ed Sheeran was also the best-selling artist in the world, according to the International Federation of the Phonographic Industry (IFPI), with his third album 'Divide', which includes the single 'Shape Of You'.