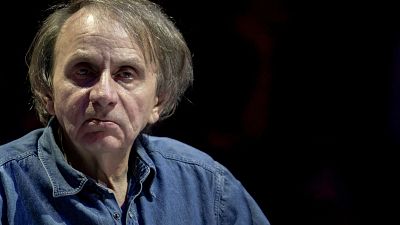 'Anéantir', the eighth novel by French writer and poet Michel Houellebecq, could be variously translated into English as Annihilate, Destroy or Obliterate.

It was published in France today (Friday 7 Jan) and anticipates the years 2026 and 2027, when "France [is] in decline" but the bourgeois elites are not doing so badly. France being in decline, incidentally, is something of a leitmotif in the work of the 65-year old author who was/is often called the _enfant terrible _of French letters. Pun intended.

The English version will not appear until the second half of 2022, but the Italian ("Annientare"), German ("Vernichten") and Greek translations appear between Friday and Tuesday (11 Jan).

Houellebecq, who cultivates an image of reactionary depression, mocked his own success in the only interview he gave on the occasion of this publication, to French publication Le Monde at the end of December.

"I write to get applause. Not for the money but to be loved, admired."

Loved and admired by many, certainly, but bring up his name in a French bar and you'll immediately generate a debate. All agree he is provocative.

Between misogynistic and xenophobic remarks, pricks against contemporary cultural and spiritual mediocrity and the odd sneer at the underclass, Houellebecq's narrator spits out his usual tirade of bitterness.

French criticism is polarised, Mediapart clearly isn't keen: "All these nauseating words are distilled in small touches, as in minor mode."

Le Monde, by contrast, finds finesse: "The most poignant pages of his novel are those where he manages to make float, in the middle of loneliness and dereliction, fleeting gestures that make you cry".

"They don't seem to be talking about the same book," journalist Daniel Schneidermann concluded after reading these two extreme reviews.

But it's not only the content that provokes a reaction to the new work. Over the Christmas period, a scandal arose.

Internet piracy made the book available before Christmas due to an alleged leak. Specialist ebook blogger Hervé Bienvault followed the story.

Those that bought the novel on Friday were mainly men, according to AFP who reported that the customers were primarily interested in the "content", not the subject.

The long-awaited release should start the year well for booksellers, while the previous one ended very strongly. Many of them had to explain to their Houellebecq hungry customers that no, before January 7, they were not selling the new novel.

2015's 'Submission' details another near-future France, where a Muslim president comes to power.

Always political, Houellebecq's latest work, published by Flammarion, comes at the beginning of election year in France. And the novel kicks off with ... a presidential election campaign.