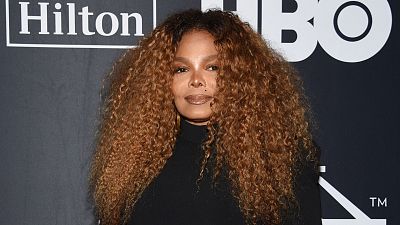 The singer returns to her brother's longstanding abuse allegations in her new documentary 'Janet'   -   Copyright  Evan Agostini/Invision/AP
By Shannon McDonagh  with Reuters  •  Updated: 03/01/2022

Janet Jackson thinks she is "guilty by association" when it comes to her late brother Michael's abuse scandals.

The 55-year-old singer has opened up about her life as the sister of the late King of Pop, who died in 2009, aged 50, from acute propofol and benzodiazepine intoxication.

"There's a great deal of scrutiny that comes with having that last name," she says.

Speaking in an extended trailer for her new Lifetime documentary, 'Janet' – which is set to air on January 28 – the 'All For You' hitmaker was then asked if the child sexual abuse allegations against Michael had affected her.

"Yeah. Guilty by association," she responds. "I guess that's what they call it, right?"

The 'Billie Jean' singer was accused of child molestation and acquitted during a 2005 trial, but since his death, more allegations have come forward, which the Jackson family have repeatedly denied.

This came to a head in the 2019 HBO documentary film 'Leaving Neverland', where two men, Wade Robson and James Safechuck, allege they were victims of sustained abuse at the hands of the singer when they were children.

Janet has maintained support for her late-brother since his death, telling The Sunday Times in 2019 that his legacy "will continue" in light of the revelations.

Her own elaborate music videos and stage shows saw her enjoy a huge amount of success throughout the 80s and 90s.

This was later shuttered by the fallouts from her 2004 Super Bowl performance – of which her co-performer Justin Timberlake only apologised for this year – and an increasingly tumultuous private life.

Fans hope the extent of this will be covered in her documentary which has been five years in the making.

"The documentary details Janet's return to the world stage following a sudden break from music," a spokesperson says.

"Speaking like never before, Janet also discusses everything including her Super Bowl appearance with Justin Timberlake in 2004, the death of her brother Michael and becoming a mother later in life."

The good, the bad, and the overdue: The celebrity apologies of 2021