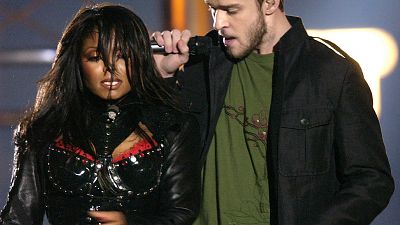 Celebrity apologies came form all quarters in 2021, with some unexpected and long-overdue grovellers   -   Copyright  David Phillip/AP
By Tim Gallagher  •  Updated: 29/12/2021

Celebrity apologies have become a genre of their own in the last decade, with everything from minor transgressions to court cases requiring a notes-app based statement of regret.

Whether they’re timely or decades late, one thing is for sure, and that’s that the celeb apology is always a ratings boost. They generate headlines, they come up in tell-all interviews, and they appear on the trending topics bar sidebar on Twitter.

It seems that celebrities can’t help themselves but make big mistakes, and we have them (and well timed interventions by their PRs) to thank for many big news stories this year.

2021 has seen some classic apologies from famous people high and low, for actions both big and small. Join us as we take a dive into some of the most high-profile “I’m sorries” of the year.

In May this year model, entrepreneur and Twitter personality Chrissy Teigen penned a series of tweets in which she apologised to Courtney Stodden for cruel remarks made in 2011.

Teigen - who was aged 25 at the time - reportedly sent DMs to then 16-year-old Stodden urging them to take their own life. The teenager was at that time going through a highly-publicised marriage to the Green Mile star Doug Hutchinson, who was over 30-years their senior.

In a blog post written in June, Teigen said she had sought therapy and changed since she became a wife and mother as she apologised to Stodden and others.

"There is simply no excuse for my past horrible tweets," wrote Teigen.

"I took to Twitter to try to gain attention and show off what I at the time believed was a crude, clever, harmless quip. I thought it made me cool and relatable if I poked fun at celebrities.”

In July rapper DaBaby angered many fans with homophobic comments made at a music festival in Miami. During a performance the “BOP on Broadway” artist urged his audience members to put their phone lights up except for those who were HIV-positive or gay men who had sex in car parks.

Whilst on stage, DaBaby also claimed (falsely) that HIV can kill an infected person in “two or three weeks”.

With the right medication HIV-positive people can live a long and healthy life.

DaBaby was promptly dropped from his collaboration with fast-fashion retailer Boohoo, and condemned by Dua Lipa who had released a song with him.

"Anybody who done ever been [affected] by AIDS/HIV y'all got the right to be upset," DaBaby said in his tweet.

DaBaby tweeted a subsequent apology in which he appeared to bemoan his treatment on social media and in the music industry which was subsequently deleted. To date his attitude to his remarks is ambiguous.

This year JT issued an apology (considered long overdue in some quarters) for his behaviour towards singer Janet Jackson at the 2004 Super Bowl.

Timberlake performed in the halftime show with the “Together Again” singer and infamously tore off part of his costume at the close of their number, exposing Jackson’s breast.

The incident is widely believed to have ended Jackson’s career, with rumours that she was blackballed by CBS’s Les Moovnes. Meanwhile Timerlake’s post-NSYNC solo career went from strength to strength.

The star has long been criticised for his actions, as well as his behaviour towards former girlfriend Britney Spears, which was highlighted in the documentary “Framing Britney Spears” this year.

In a lengthy instagram post, the “Cry Me a River” singer wrote: “I am deeply sorry for the times in my life where my actions contributed to the problem, where I spoke out of turn, or did not speak up for what was right.

“I understand that I fell short in these moments and in many others and benefited from a system that condones misogyny and racism.”

Another celebrity who’s issued an apology to Britney Spears this year in light of the high-profile legal battle to end her conservatorship is Perez Hilton.

In the noughties Hilton was a go-to gossip columnist who penned many a diatribe on celebrities and their antics. However, it seemed the Celebrity Big Brother star’s chickens had come home to roost on the release of “Framing Britney Spears”.

The documentary highlighted the many cruel things Hilton had said of the singer, including calling her an unfit mother and having t-shirts printed that said “Why couldn’t it be Britney?” after Heath Ledger died in 2008.

In the furore following The New York Times film, Hilton appeared on Good Morning Britain to apologise to Spears saying:

“I regret a lot or most of what I said about Britney,

“Thankfully, hopefully, many of us get older and wiser.”

In many ways the 2020s have kicked off a decade of Diana. In the last two years Kristen Stewart played the princess in the oscar-tipped movie “Spencer”, her early relationship with Prince Charles was fictionalised in “The Crown”, and she received the highest honour a cultural figure can get in our contemporary media landscape; being the subject of a Netflix documentary.

But potentially the biggest moment for the People’s Princess was a posthumous apology from journalist Martin Bashir.

Bashir, who was responsible for the infamous tell-all interview Princess Diana gave in 1995, was confirmed to have deceived Diana and her brother Charles Spencer earlier this year. After years of rumour, an inquiry found that Bashir had enlisted the help of a graphic designer to forge fake bank statements which showed Spencer’s employees to be taking money from News International.

It is allegedly this action which convinced the princess to do his interview, which was watched by 23 million viewers, launched Bashir’s career in earnest, and gave the world the line “there were three of us in this marriage”.

After the inquiry - which accused BBC bosses of being gullible and “woefully ineffective” - Bashir issued an apology to Diana and her surviving relatives, saying:

“I apologised then, and I do so again now, over the fact that I asked for bank statements to be mocked up. It was a stupid thing to do and was an action I deeply regret.”

Despite this Bashir asserted that Princess Diana was happy with the outcome of the interview and would have taken part regardless.

Outrage greeted the announcement this year that 12 European teams from England, Spain and Italy were planning a break away league, the European Super League (ESL).

The plan was condemned by all the football associations of all three nations as well as UEFA, but received the most scathing reaction from the fans. The uproar was such that ESL was abandoned and grovelling apologies were issued from the UK teams.

However the Spanish and Italian members of the so-called ‘dirty dozen’ issued a defiant statement which said they were still, “convinced that the current status quo of European football needs to change”.