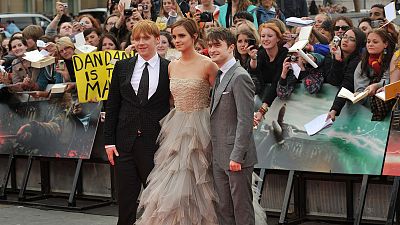 Potterheads, rejoice — the wait is almost over for the new TV show featuring the cast return to Hogwarts for the twentieth anniversary of J.K Rowling's wizarding world.

The child stars, now all grown up, will share beloved memories about their time on set for the show that will be broadcast on Sky and Now TV in the UK on New Year's Day.

Most of the actors who portrayed the vast Weasley clan will also be present.

Sales for the eight movies directed by acclaimed filmmakers such as Chris Columbus, Alfonso Cuaron, Mike Newell, and David Yates respectively, have raked in more than €6.8 billion worldwide.

Twenty years later, Muggles will experience the return of the magical cast at 8 pm on January 1, 2022, and reconnect with the world of witchcraft and wizardry on Sky Max in the UK and HBO in the US.