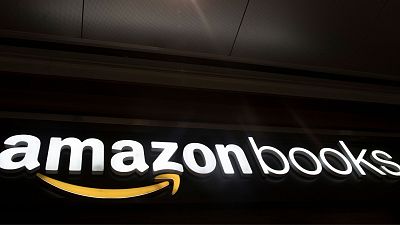 A French government Senator has confirmed that e-commerce giants Amazon lobbied them for months to stop proposals protecting independent bookstores.

A new bill that aspires to level the playing field between online retailers and the country's real-life stores is due to be passed on December 16.

Senator Laure Darcos says Amazon representatives met with government figures earlier this year with the promise they would change the way they sell books if new laws were put to a stop.

If successful, this law will require all book retailers to charge customers a minimum in delivery fees.

Right now, independents are disproportionately affected as they lack the infrastructure required to charge fees as low as monoliths like Amazon.

Why is this bill so important to France's bookstores?

But is under pressure from online retailers like Amazon, Fnac (FNAC.PA) and Leclerc, which have eroded their market share.

In 1981, a law was passed that prohibits price discounting of new books by more than 5 per cent.

Only stores with enough cash flow are able to look 'discount-worthy' by charging low delivery fees instead.

Right now, Amazon charges just 1 cent per sale, placing them as the financially attractive option to many literary fanatics.

An average retailer is forced to charge as much as €5-7 per delivery to cover costs.

By this logic, any book on Amazon is €5-7 cheaper as a default.

Senator Dacros claims the company allegedly made the proposal for a new minimum delivery charge of €1.80-2.00 as a compromise – more than they pay now, but still allowing them to be the cheapest.

"They were ready to increase shipping costs to €1.80-2.00 outside of premium subscription costs to align more closely with the delivery charges of other goods on one condition: that we withdraw our bill so that it did not benefit bookstores," explains Darcos.

The bill made it through several stages of parliament as Macron's government refused to budge.

If it passes a decision on how much all retailers will actually need to pay will be made.

The higher end of the scale would place little price difference between the books you can purchase online from independent retailers and those displayed on Amazon.

Darcos, who drafted the bill, was not present at the August 25 meeting but was briefed by an official in the room.

A second lawmaker briefed by a person with first-hand knowledge of the meeting confirmed a proposal in the region of €2 had been made. A third lawmaker informed of the meeting said the figure "sounded right".

Bachelot's office confirmed the meeting with Seattle-based Naggar had taken place but declined to comment on the exchange.

Darcos confirms the proposal was repeated to her at a separate meeting by Yohann Benard, Amazon's Public Affairs Director for Southern Europe.

Amazon says the legislation would make books more expensive for French consumers, especially those in rural areas far from any bookstore.

A company spokesperson says more than 40 per cent of its book deliveries in France went to postal codes without a bookstore. A raised minimum shipping fee would cost French consumers an estimated 250 million euros a year.

The law would only increase Amazon's margins, company officials told the second lawmaker aware of the August 25 meeting, who requested anonymity because Amazon's operations are a sensitive matter in her constituency.

The same lawmaker said Amazon had proposed the price floor for the period until April 2022, when France elects its next President.