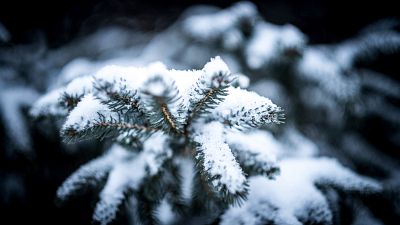 With snow in the air and mince pies in the supermarket, Saturnalia is on everyone’s mind.

That’s right, Saturnalia. Because many of our most treasured Christmas traditions are in fact, borrowed. In the early days of Christianity, would-be converters found it convenient to adapt already beloved solstice celebrations to their belief model, so it would be easier to convince others to follow them.

This means that our modern-day Christmas is in fact one in a long line of celebrations to brighten up the gloomy winter and look forward to the days lengthening.

It’s not that the whole of Christmas is plagiarised, but if you look you’ll see some long-running trends linked to pre-Christian Europeans. It turns out pagan traditions are everywhere at Christmas, so when you’re decorating your tree this year, think about our druid ancestors and what they would have made of your handiwork.

Saturnalia, a Roman festival which took place in the winter, celebrated Saturn; the god of agriculture, liberation and parties. Usually marked by gift-giving, feasting and general merriment, Saturnalia took place on 17 December and was stretched to three and then seven days long. Think of the hangover.

In the later Roman Empire, "Dies Natalis of Sol Invictus" or the “Birthday of the Unconquerable Sun,” was marked to celebrate the days getting longer and coming of the new year. This party took place on - would you believe it - December 25th.

These two festivals were already popular and like all things cool and fun were instantly ripped off by the new kids on the block.

Yule never guess where this one is going

As Christianity became the official religion of the Roman empire it spread to Germanic regions which, closely linked to Scandinavian culture, already had their own winter celebrations.

Mōdraniht - or ‘Night of the Mothers’ - was held on Christmas eve and may have involved some sacrifices.

Meanwhile Yule - celebrated between November and January - was a time when cattle and other animals would be slaughtered so they wouldn’t have to be fed through the winter. This fresh supply of meat made it the perfect time for a feast.

Next time you’re trying to dodge an unwanted advance from a colleague under the mistletoe, it’s worth trying to distract them by bringing up the plant’s mystical pagan origins.

Mistletoe was considered very powerful by druids living in ancient Britain and was believed to cure diseases, make people and animals more fertile and bring good luck. When mistletoe was found, the druids would cut it from a tree using a gold knife and sacrifice a white ox. It was believed that if enemies met under a sprig of mistletoe they would have to lay down their arms and embrace, leading many to believe this is where our tradition of hanging mistletoe at Christmas comes from.

In one Scandinavian legend, Balder, the god of Peace, is killed by an arrow made of mistletoe. After he was brought back to life, the mistletoe was given to the goddess of love to prevent any further mishaps. She commanded that everyone who passed under the plant would get a kiss to show this plant was a symbol of love.

Once you’ve explained all that to your colleague they’ll probably have gone to kiss someone else.

“Evergreen” is not just an epic song by Will Smith, it’s also a type of tree which keeps its leaves all year round.

Pre-Christian Europeans would bring fir branches into their homes to brighten them up during the winter months, a home decor trend that was also practiced by Romans during Saturnalia.

These pine scented wall hangings were treated with suspicion by early Christians. One myth says that they became symbols of Christmas when an eighth-century Benedictine monk chopped a fir tree down in anger, transforming it from heathen to heavenly in one swoop, and giving us our modern day Christmas trees.