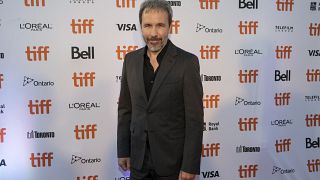 Director Denis Villeneuve walks the red carpet as he promotes his film "Dune" during the Toronto International Film Festival, on Saturday, Sept. 11, 2021, in Toronto   -   Copyright  Chris Young/AP
By Jez Fielder  with AFP  •  Updated: 22/09/2021

Many would say it's a miracle that people are still trying to make a decent film version of Frank Herbert's iconic sci-fi novel, "Dune". The history of filmmaking attempts is not so much chequered but downright cursed.

The first attempt didn't even get to the filming stage, another began with Ridley Scott, who bailed, then continued with David Lean, who had his name removed from the credits. It's a catalogue of catastrophes.

However, in 2021 it seems there may be a success story in the offing, in France at least.

Denis Villeneuve's "Dune" attracted more than a million spectators in its first week of operation, making it the CBO Box Office number one film this week.

The film drew 1,030,687 spectators in cinemas across France. The feature film faithfully takes up the plot of Franck Herbert's book, where tribes and potentates clash, millennia after our era, for control of the spice, a mixture that prolongs life and offers prophetic powers.

"Dune" premiered on September 3 at the Venice Film Festival and was released in France, Belgium, Norway, Sweden and Switzerland on September 15.

The UK release is scheduled for October 21 and the US a day later on October 22.