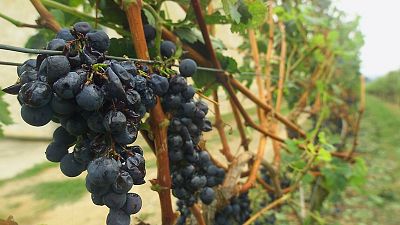 Hubert de Boüard, 65, co-owner of the world-renowned Château Angélus and an iconic figure in the vineyards of Bordeaux, denied on Monday that he had played a role in the development of the 2012 classification of the Grands Crus of Saint-Emilion, where he is suspected by three failed châteaux of acting in his own interest.

This 65-year-old wine consultant and Philippe Castéja, 72, a major merchant and owner of Château Trotte Vieille, have until Tuesday to answer the accusation of an "unlawful acquisition of an interest" before the criminal court of Bordeaux for their alleged involvement in the classification pertaining to commercial and financial benefits.

In 2012, they were members of the INAO (National Institute of origin and quality - Institut national de l'origine et de la qualité) wine committee, which falls under the Ministry of Agriculture. This body validated the rules of the classification and their results, drawn up by a commission whose members it had appointed.

More active than Castéja according to the investigation, de Boüard was also a member of the Organisme de défense et de gestion (ODG) des vins de Saint-Emilion, which participated in the development of the specifications for classification with the INAO.

"In no case did I participate," said de Boüard at the hearing, while the president of the court reported to him "continuous comings and goings" of e-mails between the ODG and the INAO.

"I didn't think for a second that answering it could be something reprehensible," he said. "On the contrary, after the trauma of the cancellation (by the courts) of the 2006 classification, it was necessary to secure the new classification as much as possible."

"As part of the INAO, I respected the rule from beginning to end," the defendant added. For example, "I abstained from voting on the list of members of the classification committee".

In 2012, the classification promoted its Château Angélus to premier grand cru classé "A" the highest rating in St Emilion, and maintained in "B" class the Trotte Vieille domaine of Castéja. Eight other properties for which de Boüard played a role (consultant or supervisor) were also given grand cru status.

The accusations came to light in summer 2019 when three chateaux cried foul play when they were either demoted or removed from the classification.

According to his lawyer Antoine Vey, de Boüard "suffers the vindictiveness of three unfortunate candidates" with charges "incomprehensible" and "poorly substantiated": "This criminal action aims to harm him," he added.