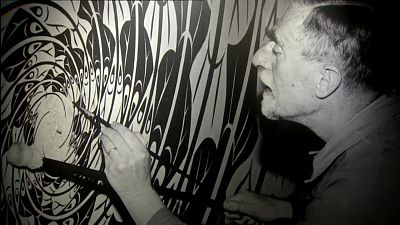 Despite the global pandemic, Gallery Weekend began in Berlin on Saturday.

It usually attracts international art lovers, collectors and curators from around the world but with international travel restrictions it is certainly less cosmopolitan this year.

Until 2 May, almost 50 participating galleries across Berlin open their doors to visitors who have an appointment and a negative COVID-19 test result that is less than 24 hours old.

Most galleries will keep their exhibitions for up to six weeks, to allow more potential art buyers to book an individual time slot.

Owner of Dittrich & Schlechtriem gallery, André Schlechtriem, said: "With all these measures, like daily tests, it is possible even though the number of visitors is reduced. A gallery is a social place where people meet. And the Berlin Gallery Weekend is about that."

The Marítimo Museum of Barcelona is hosting an exhibition of the art of Escher until 26 September. Dutch artist Maurits Cornelis Escher (1898-1972) is one of the world’s most famous graphic artists and there are displays of over 200 works by the visionary maestro.

His art is admired by millions of people worldwide and it has influenced advertising, fashion and cinema.

"A big part of Escher’s art was influenced by mathematicians, especially the art after 1945 when mathematicians came in contact with Escher’s art, during a mathematician congress held in Amsterdam," said art collector and exhibition commissioner, Federico Giudiceandrea.

The Russian city of Perm has an exhibition dedicated to Spanish surrealist painter, Salvador Dali. On display are more than 150 works by the late painter, most taken from Russia's largest private Dali collection and are being exhibited for the first time.

The exhibition also features ten series of Dali's graphic works, many showing different techniques, including woodcutting, lithography and even 'bulletism', an artistic technique that involves shooting colour bullets onto a blank canvas.

There are also some rare glass sculptures made by Dali. He only made 28 such sculptures and three of them are on display.

The exhibition also includes new 3D media. "Living Dreams of Salvador Dali" immerses visitors in the world of surrealism, in which the artist's images and characters seemingly come to life.

The exhibition, "Surrealism is Me", runs at the Central Exhibition Hall in the Russian city of Perm until 30 May.