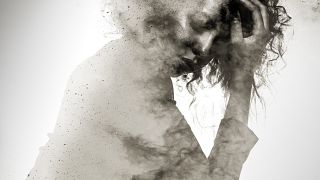 There's a lot of uncertainty in the world, which drives stress, worry and all of the emotions that go along with it.   -   Copyright  wundervisuals Getty Images
By Sarah DiGiulio  with NBC News Better  •  Updated: 28/10/2018

These are some of the questions Gallup asked 154,166 individuals from 140 countries and areas across the globe for its recent 2018 Global Emotions report, which are intended to gauge the global prevalence of negative emotions. (The questions are part of Gallup's World Poll surveys, which cover other topics, too, detailed in other reports.)

The negative emotions scores collected during 2017 (published in the new 2018 report) were the highest ones reported since Gallup began asking these questions in 2005. The survey asked questions about positive experiences, too. Those scores dipped slightly this year compared to the data reported last year.

"Collectively, the world is more stressed, worried, sad and in pain today than we've ever seen it," Gallup's managing editor, Mohamed S. Younis, said in a letter in the report.

The survey's respondents represent more than 99 percent of the world's human population age 15 or older, which means the factors potentially driving these negative emotions are diverse. (Gallup published more details about the survey respondents on its website.) Psychologists say there are some important lessons though for anyone looking at the numbers from world leaders to individuals who identify with the increased negativity reported in this year's numbers.

Globally there's a lot of upheaval and uncertainty

Nancy Molitor, PhD, clinical assistant professor of Psychiatry and Behavioral Sciences at Northwestern University's Feinberg School of Medicine (who also practices as a clinical psychologist in Chicago), tells NBC News BETTER that how far the data can be used by world leaders to design specific interventions to bring about change is probably limited. You'd need to take a deeper dive into specific regions and populations to look at what's underlying the emotions, she says.

But the survey yields some interesting data on people's feelings worldwide and aren't that surprising given what's been on globally the past few years, Molitor adds.

"Globally there's upheaval," Molitor says. There's migration crises ("and a lot of suffering involved in that," she says), instability in government (with Brexit happening in Europe, infighting in the U.S., unrest in Turkey, crises in Yemen, and many other places), and dire climate warnings.

There's a lot of uncertainty, which drives stress, worry, and all of the emotions that go along with that, she says. "And whether you're politically aware of it or not, it's kind of in the zeitgeist."

Molitor says her patients (who are notably in most part middle and upper middle class individuals) are feeling very anxious, overwhelmed, and helpless. "They are feeling under siege," she says.

Molitor was also practicing in the early 2000s, including leading up to and during the recession in 2008. "People were stressed then, but it was nothing like we're seeing now," she says. "They don't see it getting better. There's a loss of hope."

It's really important to look at people's emotional health on this global scale, outside of psychology research, says Jeffrey Borenstein, MD, President and CEO of the Brain and Behavior Research Foundation (a private funder of mental health research) and Associate Clinical Professor of Psychiatry at Columbia University College of Physicians and Surgeons. "I think for many years it's been neglected, other than by mental health professionals."

The results demonstrate that mental health issues cross all borders, religions, ethnic groups, and more, he says. "It's part of the human condition."

Accordingly, these results mean that people everywhere need access to mental health services, just like they need access to medical health care services for physical ailments, Borenstein says. No one need suffer unnecessarily, he says. "With treatment people do get better."

Can we actually make the world a better place?

If you, your food supply or your shelter is being threatened, those are clearly sources that contribute to stress and negative experiences — and typically require broader stroke solutions than any one individual could carry out alone, Molitor says. "You can have the best therapists in the world, but if their environment is being ravished and traumatized, of course people are going to be depressed, sad, stressed and angry."

But if factors besides those immediate physical dangers are the cause of negative emotions, there are steps individuals can take to improve their outlook in these "trying global times," Robin Stern, PhD, associate director of partnerships for the Yale Center for Emotional Intelligence, tells NBC News BETTER.

Here are a few suggestions:

Help others. Find a cause related to what's driving your stress and unease and give back, Stern says. "It will help you in your well being as well as help others." (Research shows this is true for both physical and mental health.)

Particularly when it comes to the divisiveness that's becoming synonymous with politics in the U.S. and elsewhere, be curious about others' opinions rather than judging them immediately. "Be an emotion scientist," Stern says. "Try to understand and listen."

Have gratitude for what you do have in your life and the things that you can count on — like the people you love and those who love you, Stern says. (There's a growing body of evidence behind the stress-busting benefits of doing so.)

4. Focus on what you can do

You're certainly not going to be able to change everything that bothers you, but you likely can change some of it. Stern says to ask yourself what can you do to feel more hopeful every day and do them. (That doesn't mean you get to completely ignore the negative things that happen in life, but you don't need to dwell on them all the time.)

Doing things like sleeping well, eating well, moving (it doesn't have to be going to the gym), laughing and doing your laundry — taking care of your basic needs — go a long way in helping you feel more in control and better able to deal with whatever challenges land on your plate, Molitor says.

6. Make time for the people you care about

Social support is one of the number one ways to boost resiliency (i.e. coping!), Stern says. Scores of research shows being lonely worsens stress and worsens health outcomes, while being with and relating to others boosts positive emotions.

A big part of not letting those negative emotions getting the best of us is knowing what's causing those negative feelings to begin with, Molitor explains. If Twitter wars put you on edge, limit how much of that you take in, when you read it or whose rants you read, she says. Or consider taking a break from it.