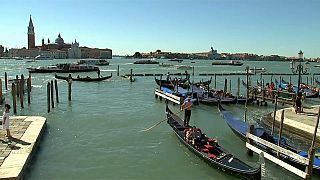 The 2018 Venice Film Festival has begun! The world's biggest stars headed to Venice Lido in northern Italy to celebrate the 75th edition.

This year legendary British actress Vanessa Redgrave is being honoured with the Golden Lion award for Lifetime Achievement.

The opening film this year is "First Man". The film starring Claire Foy and Ryan Gosling is a biopic about astronaut Neil Armstrong's journey through the space program