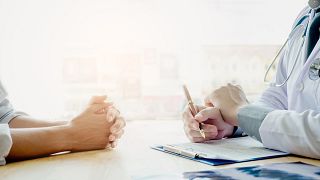 Procedures marketed to improve a woman's "intimate health" using lasers or ultrasound are not only unapproved, but are also causing burns and other painful damage, the Food and Drug Administration said Monday.

The FDA has warnedseven companies that are promoting their devices for these procedures, and issued a general alert for patients and doctors.

The laser and ultrasound equipment used in these unapproved procedures has FDA approval for removing genital warts, other growths and in operations such as hysterectomies. But they have not been shown to tighten up muscles, increase sexual pleasure or relieve pain during intercourse, the FDA said.

The FDA says it's received complaints about burns and other damage. In some cases, the procedures are causing the very pain during intercourse that they are being promoted to relieve.

"The procedures use lasers and other energy-based devices to destroy or reshape vaginal tissue. These products have serious risks and don't have adequate evidence to support their use for these purposes. We are deeply concerned women are being harmed."

These treatments have been heavily promoted, both online and in media coverage. Some of the companies that make the devices have hired public relations companies to pitch doctor and patient testimonials to newspapers, television and digital news outlets. They are often framed as allowing women to "take back control of their health."

For instance, Alma Lasers promoted one of its devices as offering "a better feminine life."

"It is a virtually painless procedure without surgery, anesthesia or downtime. The lasting benefits of FemiLift can be an improved quality of life and deeply enhanced self-esteem," its website promises.

"Bring your sexy body back with Ultra Femme 360," it says.

Cynosure, which also offers "body contouring" and "cellulite treatment" with its devices, markets a laser for "a return to gynecologic health" and promotes physician advocates to talk about its supposed benefits.

But the FDA says these companies have not gone through the correct approval process to show that the treatments work as advertised, or even that they are safe.

BTL and Cynosure, a division of Hologic, said they were reviewing the warning letters. The other companies contacted by NBC News had no immediate comment.

So-called vaginal rejuvenation is a vague term that might refer to vaginal "laxity," dryness, pain during intercourse or "decreased sexual sensation," the FDA said in a safety alert.

"To date, we have not cleared or approved for marketing any energy-based devices to treat these symptoms or conditions, or any symptoms related to menopause, urinary incontinence or sexual function," the FDA said.

The American College of Obstetricians and Gynecologists has been cautioning against surgical "rejuvenation" procedures for more than a decade.

"These procedures are not medically indicated, and the safety and effectiveness of these procedures have not been documented," the group said in a 2007 statement.

"It is deceptive to give the impression that vaginal rejuvenation, designer vaginoplasty, revirgination, G-spot amplification, or any such procedures are accepted and routine surgical practices."

The new laser and ultrasound devices are being marketed as safer, but the FDA said they could be harmful.

"In reviewing adverse event reports and published literature, we have found numerous cases of vaginal burns, scarring, pain during sexual intercourse, and recurring or chronic pain," the agency said.

"The deceptive marketing of a dangerous procedure with no proven benefit, including to women who've been treated for cancer, is egregious," Gottlieb added.