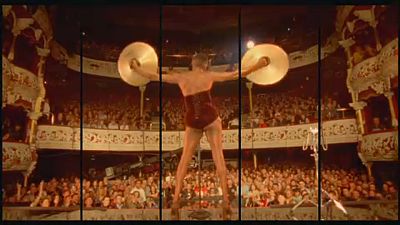 Grace Jones, star of catwalk, stage and screen, is the subject of a new documentary by director Sophie Fiennes.

Bloodlight and Bami sees Jones revisit Jamaica, the island of her birth.

“Well, she gave me full creative control, so I’m the director so I sweated out for all that time in the edit. She didn’t see anything, she didn’t want to see anything until it was pretty much an edit and then she had some great points and ideas that were fantastic”, said Fiennes.

Fly-on-the-wall footage replaces traditional interview-to-camera shots leaving some scenes open to interpretation. But clips from her sell-out stage shows shine a spotlight on the unique entertainer we’ve known for the past 40 years.