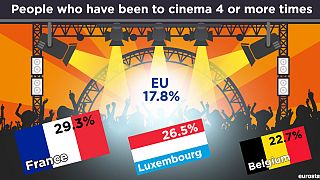 Europeans love cinema. In Europe, 17.8 percent of them went to cinema four or more times.

In 2016, the European Audiovisual Observatory recorded 994 million tickets sold in the 28 EU Member States. This is an increase of 1.6 percent compared with 2015. The year 2016 thus marks the best attendance of cinemas in the EU’s since 2004. 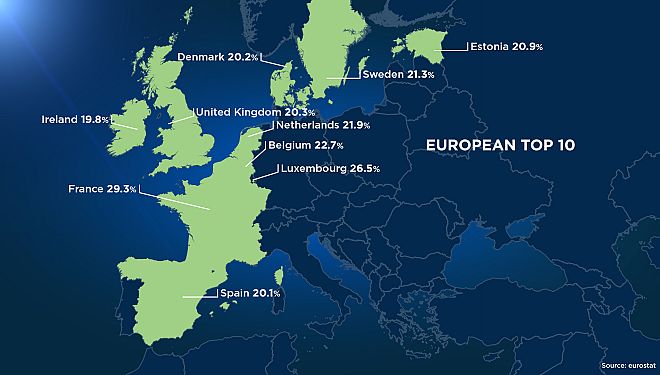 Not surprisingly, the French frequent cinemas the most in Europe: 29.3 percent of them said they had been to see a movie on a big screen at least four times. It is, in fact, the country that produces the most films per year and holds the record for the number of cinemas per inhabitant. Moreover, Paris is the city to the world which counts the largest number of cinemas (1 for 6.000 inhabitants) and playing host to the last blockbusters and art-house films.

Luxembourg and Belgium neighbors complete the second and third places on the podium respectively with 26.5 percent and 22.7 percent. 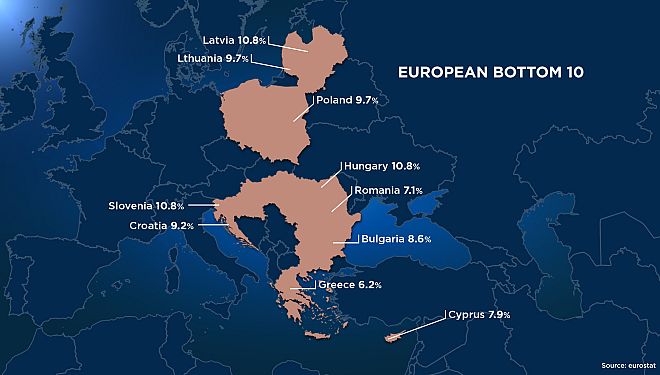 Southern and central European countries see lower attendances, with only 6.2 percent of Greece’s population going to see a movie at least four times in a year. Romania follows with 7.1 percent, behind Cyprus and Bulgaria.

Frequency in the last 12 months by income quintile, household type, degree of urbanisation and activity type