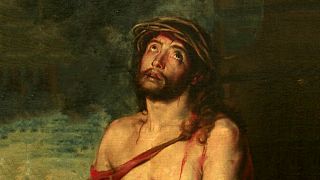 The permanent exhibition of over 700 works and letters of Vincent van Gogh in Amsterdam is one of the most popular museum’s in the world with over 1.6 million visitors.

The ‘Black Nights Film Festival’ in Tallin, Estonia is a unique event featuring animated films, films for children, youth films and shorts.The festival aims to present Estonian audiences with a comprehensive selection of world cinema in all its diversity, providing a friendly atmosphere for interaction between the audience and filmmakers.

For the past 14 years Paris has played host to the latest in Russia cinema.

The films showcased are not usually available for international consumption.

Rarely seen works by the most important Spanish artists of the Toledo and Madrid schools are on show at the award winning Vukovar City Museum.

The exhibition will be open to the public until November 16.