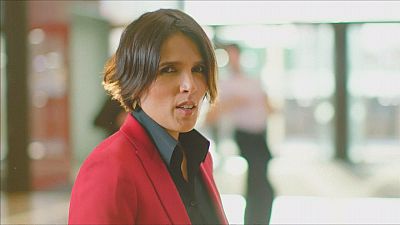 If you were around in the Eighties, you will doubtless remember Tanita Tikaram’s husky voice, which graced her best-selling album ‘Ancient Heart’ and its hit single ‘Twist in my Sobriety’.

After spending time on the road with her band, the 46-year-old singer songwriter is back with a new album and its light-hearted single ‘The Way you Move’.

‘‘It’s a song about really loving the way that people move, however they move and however they dance. It’s a really innocent song and I’m really glad I wrote it,” she says.

Although her new album ‘Closer To The People’ still carries all the jazz, soul and R&B hallmarks that she has come to be known for, Tikaram has also invited her band further into the music-making process.

‘‘The idea that I had was very much from working with a touring band – and having a very strong relationship with my musicians and having the sense that I should make something which also sits very much in a modern setting.”

Tikaram – who was born in Germany and moved to the UK with her family in her early teens – was just 19 when she was propelled to stardom in the late Eighties.

After a couple of unsuccessful albums, she took a break from the music industry.

“I think when you’re young and you start very young you’re not necessarily sure about why you are doing things and especially if a lot of success is given to you without you feeling that you’ve really earned it,” she says of the experience. “And also just being a young woman you are really finding your identity and trying to, just exploring life and you don’t necessarily want to do that in a public way.’‘

Tanita Tikaram is currently touring Europe with her new album ‘Closer To The People’. The single ‘The Way you Move’ is out now.