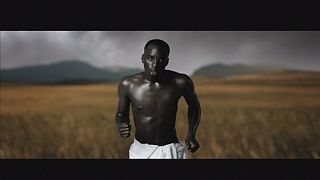 Born in Belgium to a Congolese father and an Angolan mother, the artist, who grew up in Cape Town and now lives in London, offers an eclectic mix of musical influences. More of a concept than a specific sound, he describes his music – which mixes contemporary electronics with African shuffles – as ‘Noirwave’, a blend between where he was born and lives in Europe and his African heritage.

His tour is taking him to Germany and France before further gigs in Los Angeles, San Francisco and New York.