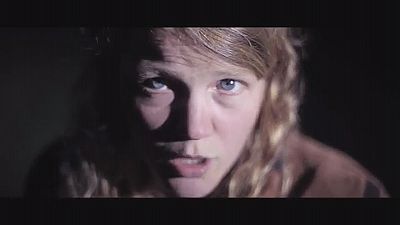 Rapper, poet, playwright – south London’s Kate Tempest is being hailed as one of Britain’s brightest and most promising talents

She was pipped to the prestigious Mercury Prize last year but sales of her debut album “Everybody Down” doubled as critical praise spread.

Tempest, 29, is now on a tour in the United States and is thrilled to be discovering the land where rap and hip hop were born.

“It’s so exciting, because I have such a cultural debt to America, you know. How I experienced hip-hop was in a very London way. But I’m so excited to be here, and to hear what happens to my words and to my rhymes here,” said Tempest.

Her movement between rap, poetry and playwriting is anything but conventional; and her work also criss-crosses cultures.

There are not many who have won freestyling battles and a coveted Ted Hughes poetry award but none of this, she maintains, has been planned.

“The journey from getting into hip-hop and getting into rapping, getting into music that way and writing poetry that way – it’s all been very natural and kind of accidental. If I had sat down back then and made this plan, it would have been the worst plan,” said Tempest.

When her album came out Tempest said it meant everything to release it into the world and also described how its personal importance diminished.

It is perhaps that ability to move on in search of new creative targets that allows her to work well across different fields.

“They’re very different head-spaces. Writing and creating stuff and touring, it’s like writing and creating can be very private, and this is very public. It’s interesting at the minute because the two things are happening at the same time and I’m doing this little dance between that bit of my brain.”

Kate Tempest is currently on tour stateside but she will interrupt her circuit and return to European shores for select performances in April.