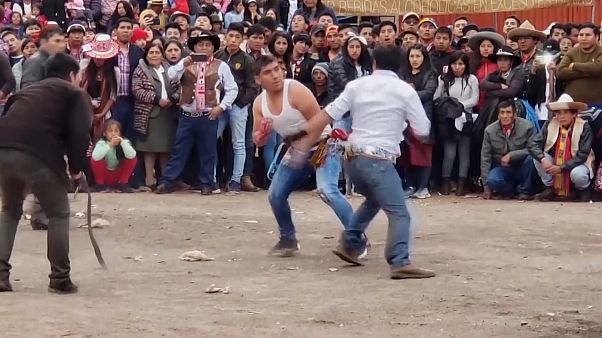 It's the basis of a festival in Cusco that's seen by participants as a way of leaving troubles behind and entering the new year with a smile.

The event, which attracted thousands of spectators, saw men, women and children take part in bare-knuckle fights to resolve a number of conflicts, from disputes over land to accusations of cattle rustling and even affairs of the heart.

It is called the Tacanacuy, loosely translated from Quechua as the "Two People Hitting Each Other" Festival.

The rules state the first one to be knocked over in the arena is disqualified and the competitors are made to embrace after the fight.

Referees holding whips are on hand to make sure nobody gets hurt and to break the competitors up when necessary.