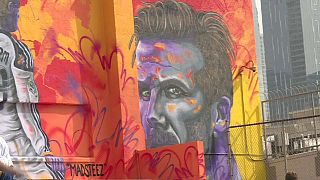 " I first came to the club, it was all about giving back and giving back to the communities around LA. And that was one of the biggest reasons I wanted to join a franchise, a team like the LA Galaxy," Beckham told reporters after a few drills with delighted teenagers.

The synthetic turf field will provide a safe football environment to over 2,000 young people monthly in an underserved neighbourhood, LA Galaxy said in a news release.

In 2007, Beckham became the first big European name to join the MLS, where he won back-to-back championships in 2011 and 2012 during his six years and 98 appearances with the Galaxy.

The former Manchester United and Real Madrid midfielder's MLS stint helped give the American league credibility and paved the way for other top European players to make the leap in subsequent years.