Did you know that all EU countries must meet four accession criteria to converge into the euro?

Yet an important lesson of the financial crisis has been that you can’t stop having strong economic policies once you have simply entered the euro club.

They need to continue for us to have sustainable and real convergence. That is when a low income country really catches up with a richer one.

To better understand how it works, here is our crash course:

Portugal is a great example of the challenges of real convergence.

After almost going bankrupt during the financial crisis, the country’s economy is now bouncing back, growing more than the EU average - its efforts acknowledged by European Commission Vice President Valdis Dombrovskis.

Yet if you take a look at the GDP per capita of the country, that is still below pre-crisis levels.

So, it needs to address reforms in productivity to really play catch up to richer eurozone countries, as Real Economy reporter Charlotte Kan found out.

"Despite being one of the EU nations working some of the longest hours, the productivity of Portuguese workers is below the EU28 average," our reporter said.

"This paradox led the convergence process which started in the 1950s to stall in the mid-1990s."

To shed light on the Portuguese paradox, Real Economy spoke to Professor Ricardo Pinheiro Alves, Director of Strategy & Research Cabinet at the Ministry of the Economy.

"It was more profitable for firms to invest and for workers to work in the non-tradeable industries," he explained.

"Of course, there are structural explanations also in terms of level of education. On average, the Portuguese population is less educated - formal education - than the other European countries.

"We need to work better. We need to have larger firms so that the technology and the knowledge and so on can be disseminated to the rest of the economy."

In Portugal, nearly a quarter of adults do not have a post-secondary degree. A lack of skills, especially in digital, is stopping the country from fully seizing the opportunities of the new economy.

"This situation has been exacerbated by the economic crisis," Charlotte Kan points out.

This observation is confirmed by Raúl Cordeiro, Joint Director of the Training Unit at skills provider, CINEL.

"But after the crisis, things changed completely. The most part of our trainees are older people that must find new skills to have new jobs."

Around one in five of the most qualified Portuguese citizens left the country during the crisis. So developing in-house skills has now become a strategic priority.

Taking on the challenge is already paying off, as illustrated by French tech firm Altran which has just opened a new Knowledge Centre in Porto.

"We can invest in Portugal to build an offer for our international clients, not by bringing people from Portugal to those countries, but by moving projects into Portugal so that they could be developed in Portugal and produced out of Portugal with Portuguese talent," said Altran's Chief Technology Officer, Rodrigo Maia.

Portugal's efforts to turn its economy around have been hailed by IMF boss Christine Lagarde.

"In this way, Portugal, a nation of great explorers, is trying to turn itself into a nation of innovators, a proper digital society and economy - and this, to catch up with its most affluent European neighbours," Charlotte Kan concluded.

But can citizens of countries like Portugal really catch up with rich neighbours? How do you make that happen?

Real Economy presenter Maithreyi Seetharaman sat down with the IMF’s Europe head Jeffrey Franks, beginning by asking what he had brought to illustrate his understanding of convergence.

"I pondered a lot about this and I decided to bring a book about art. In the 1400s, the artist Brunelleschi discovered how to make two-dimensional paintings look three-dimensional, with perspective it’s called.

"That involved picking a point in the painting where all the objects in the painting converge into one point. Since we are talking about convergence, that’s what I thought I would do.

"So I brought along a very famous painting from the Vatican by Raphael and this is in the Studio (School) of Athens and what you can see here is that all the points converge to right between Socrates and Plato.

"In the same sense, in economic terms, I think that the people who envisaged the formation of the euro as a common currency were looking into the future and seeing economies converging together in the distance."

"Well we’ve actually seen more divergence in the last couple of years than anything else. What has happened in the last decade or so?"

"There was a phase of convergence back in the 1960s. There was another phase of convergence in the 1990s, coming up to the formation of the euro and then during the last crisis there was significant divergence. That is to say, some countries were hit much harder by the crisis and recovered much more slowly and other ones performed much more robustly during the crisis.

"We, economists, like to talk about three main sources of growth.

"The second is investment: Investment is recovering in Europe but it's still actually below its pre-crisis peak.

"The third one is productivity: Can we make the machines and the workers produce more efficiently and that’s going to be key."

"If you’re a citizen and you’ve been watching the economy of your country for the last 10 years, you might wonder if the EMU may have caused the divergence versus convergence. Have there been flaws?"

"Certainly, what we have realised in the wake of the crisis was that there were areas of the monetary union that were incomplete. That is to say, we had a common money and a common monetary policy but we didn’t have a banking union. We have a banking union now. It’s not quite complete but we have made significant progress. There is work ongoing about a capital markets union and there’s even discussion about some potentially common fiscal capacity in the future."

"You said that it comes down to income. How do we generate that and equalise it?"

"The kinds of economic reforms that can generate higher productivity growth should be an absolute priority if you want greater income convergence. Those reforms are not necessarily going to be the same in each country. In some countries it may be that product markets are too rigid. In other areas there may be problems in the labour market that need to be addressed. In other countries it may be a need for increased research and development spending.

"So it would be an individually tailored response depending upon the country. I think that responsible leaders though, will look back at the last decade and say that there are some things, lessons, that we need to learn. It’s not just lessons for Europe. It’s also lessons for the individual countries about how to do a better job to avoid the next crisis or make the next crisis less deep and certainly to improve that trend growth over time." 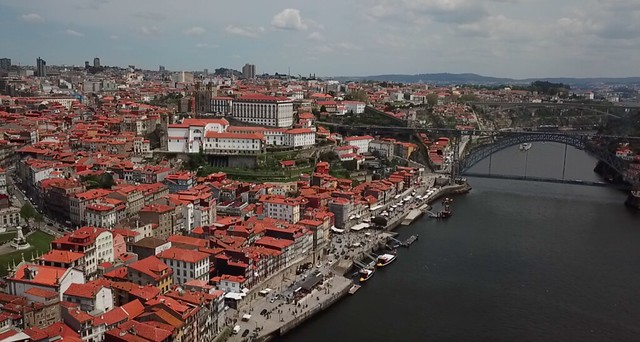