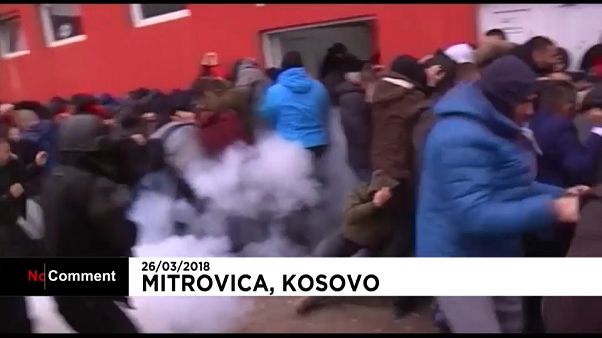 The protest formed outside a minicipal building in Mitrovica where a meeting on improving relations between Belgrade and Pristina was taking place.

The police briefly detained a hardline Serbian government official in the town which is in a volatile, mainly minority Serb pocket of northern Kosovo.

Serbs living there are still unreconciled to the independence a decade ago of the ethnic Albanian-majority country from Serbia.

The meeting was part of a dialogue towards normalisation Serbia is conducting with Kosovo, its former province that went to war against repressive Serbian rule in the late 1990s.