Inspire Middle East tells the amazing stories of people in the Middle East and North Africa region who are trendsetters and opinion makers. A multinational team of journalists, based in Abu Dhabi, will speak to the influencers who, with their innovations, make this part of the world the bridge for business and culture between the East and West.

Euronews’ new lifestyle and business weekly programme first airs on Friday 2nd of February at 21:45 CET and will be available on euronews.com

Inspire Middle East was created to portray the young, trendy and fresh side of the region, to bring key stories from the Middle East to the rest of the world as they are happening.

As executive producer, Daleen Hassan, the creative brains behind the program said: "I was inspired by my experience of growing up in Syria, and being surrounded by such a wide variety of stories each day. These stories were sometimes drastically different from how the Middle East is portrayed as a war zone and a region of conflict.

"Now, as a journalist living in Europe and traveling around the world, I've noticed how people are captivated by more positive stories that come from the Middle East and are hungry to know more.

"This was the point in creating the connection between the Middle East and the rest of the world, building that bridge of knowledge about the region, through featuring daily life, culture, and business there. 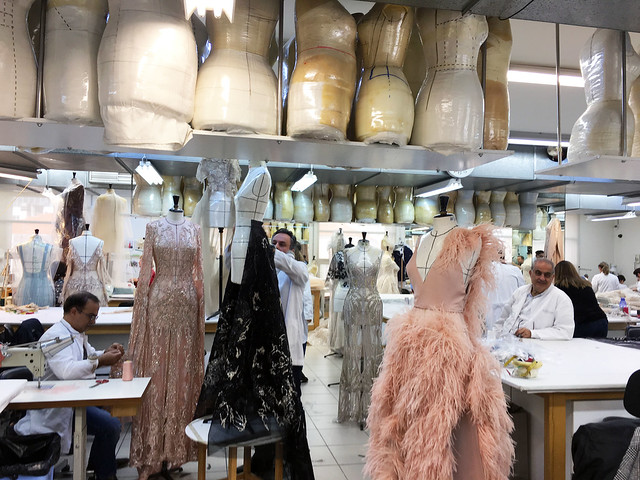 Why watch the show ?

We guarantee that our viewers will be inspired - every single week. The show provides a sneak peek into the world of tomorrow’s most creative, dynamic and innovate people in the Middle East and North Africa.

These novel perspectives are why Inspire Middle East has been so warmly welcomed by the region's youth and influencers.

World famous designers and their families invite us home for the middle eastern tradition of a morning coffee and a chat. They tell us what inspires them to inspire others. We met thinkers who helped drive transformation within their communities. They opened up their hearts and homes to us as we sought to learn and spread that inspiration around the world.

As someone who has never been to the Middle East before, launch anchor Maithreyi Seetharaman described her experience: "I always hoped I'd find a Middle East that was different from the rhetoric. What I found was warmth, a sense of humour, amazingly strict rules but always the feeling of being at home. It will now always have a special place in my heart.

"There is a massive youth population, very international, technology savvy and creative! These are the young people who will build a future for this region and change its rhetoric, because they realise that the scars of war or hatred do not define them. It only inspires them to be better, more creative and achieve what hasn't been possible in the decades and centuries past.”

Pilot: Art with a diplomatic heart

Inspire Middle East begins its journey discovering how the soft power of cultural diplomacy of art and architecture, when combined, become a beacon for what is possible in a region torn by strife.

The Louvre Abu Dhabi and Her Excellency Noura Al Kaabi, representing the United Arab Emirates government, demonstrate how harmonizing civilizations and creeds under a single dome  is so crucial!

We speak with her about the stepping stones for understanding and inspiring a region and its youth, whose voices have been drowned out by geopolitical noise.

Much more to come

In the episodes to follow, Inspire Middle East is to be invited into the homes of the luminaries of the Arab world. Our anchor shares a morning coffee with the King of the Red Carpet, Elie Saab and his wife Claudine Saab. We’ve also joined Magnus Olsson, one of the founders of Careem, for an exciting ride across Dubai.