People in cities across Europe took off their trousers in public on Sunday for the annual ‘No Pants Subway Ride.’ 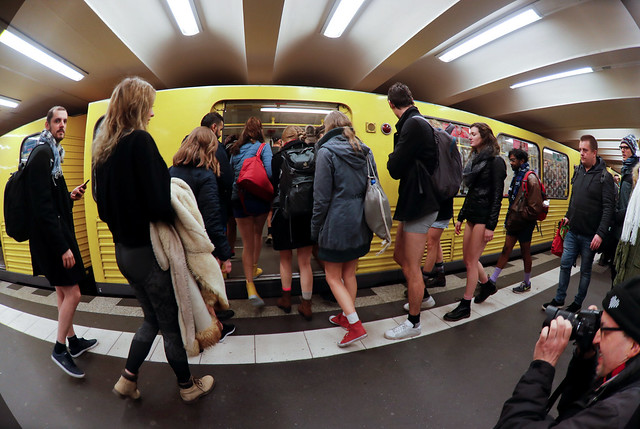 Hundreds of people had signed up to join the events in Europe, pledging to take off their trousers en masse while travelling on the underground.

The event was started in 2002 by New York-based comedy collective Improv Everywhere.

While the first ‘No Pants Subway Ride’ in New York had just seven participants, the event has grown each year, with organisers expecting thousands of people to take part in more than 60 cities on Sunday.

Improv Everywhere says there is “no agenda for the event apart from a desire to make others laugh and smile.”

Participants and passersby shared photos of the scenes in London under the hashtag #NoTrousersTubeRide.

Similar scenes were seen in Berlin, where local organisers told Euronews around 70 people joined in, garnering a largely positive response from fellow passengers.

But while the event saw big turnouts in some European cities, for others it was a quieter affair.

Organisers in Zurich, Switzerland, told Euronews that just 11 people joined their event, including seven locals, three from Germany and one from Ukraine.

"Some people asked if everything was OK, some said that we must be really brave to walk around without trousers when it is so cold outside," they said.