Pictures have emerged of the International Space Station (ISS) silhouetted against the sun during the solar eclipse.

NASA photographer Joel Kowsky took the image from Wyoming as the moon was partially covering the sun.

The space agency released several other pictures, including a composite of several images of ISS passing across the sun; a progression of the eclipse in nine photos grouped together; and one of a near total solar eclipse.

The ISS spacecraft is a joint project between the US, Canada, Europe, Russia and Japan has been orbiting above the earth since 1998. It hosts astronauts on a rotating basis and serves as a science lab for NASA and others to learn more about space. 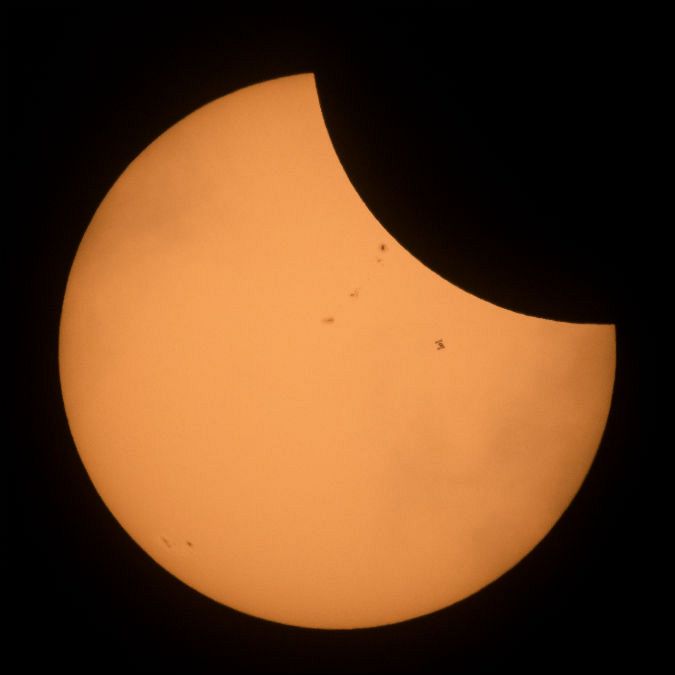 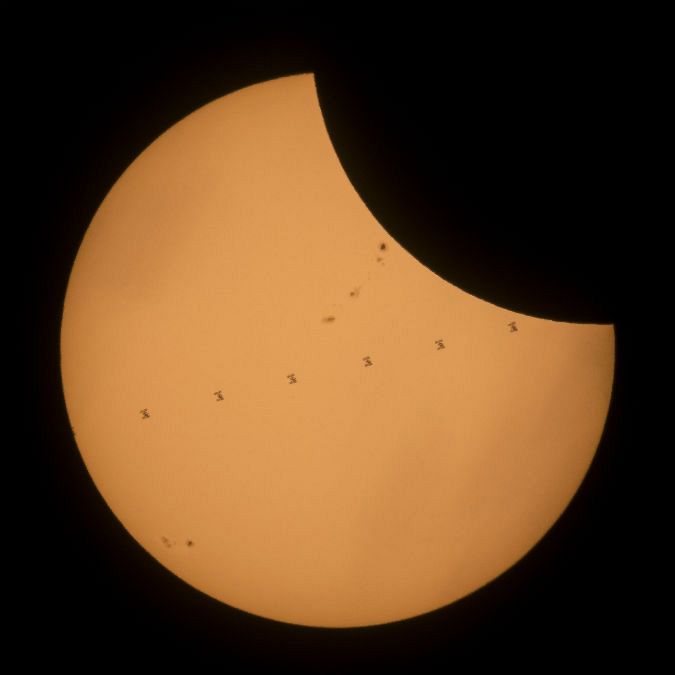 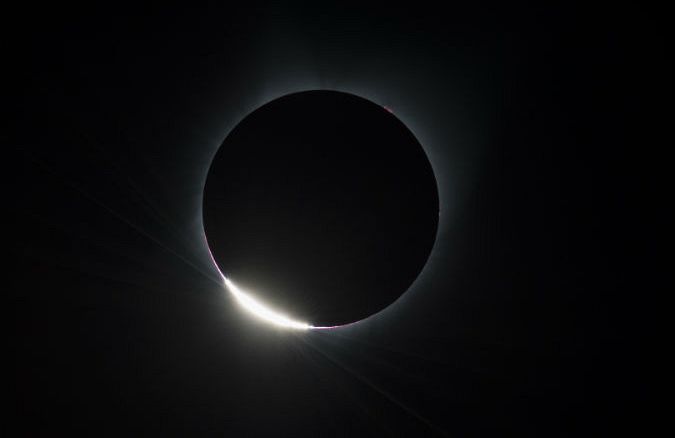