In the middle of one of the world’s densest cities lies a green wonder.

Santalaia in the Colombian capital Bogota is the largest vertical garden in the world – an 11-storey residential building covered with green plants.

The plants produce enough oxygen for around 3,000 people each year and act as a giant air purifier.

“A city like Bogota only has around four square meters per inhabitant of green areas and the World Health Organization says we should have at least 15. So this is truly a reminder for the whole city that buildings need to be greener, a lot greener, so we can compensate the lack of parks, the lack of green areas and have a much healthier city for the people,” said Pablo Atuesta Pradilla, chief executive of Groncol, a company specializing in “green infrastructures”. 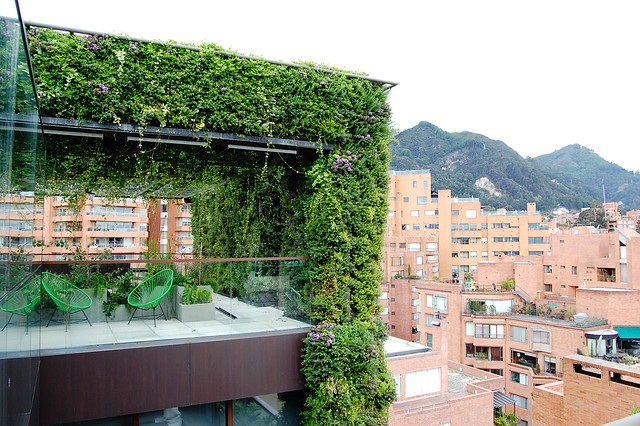 “A tree is always more efficient for compensating carbon footprint. But since we don’t have enough space in the city to plant so many trees, we have to use unused space like walls and roofs to be able to compensate, so these solutions of having vertical gardens and having green roofs are great,” he added.

Rainwater and recycled shower water are used to irrigate the plants. On rainy days a computer ensures that the building knows the garden does not need watering.

Living in a building with a vertical garden is not more expensive than apartments in other new buildings in the area.