While over half the country lives in poverty, Equatorial Guinea’s vice president was on trial in Paris for using €100 million of public funds to fuel his lavish lifestyle in France.

Teodorin Obiang, a 48-year-old whose father has been president since a 1979 coup, faces a maximum 10 years in prison and a fine of up to €50 million.

In a case over a decade in the making, the list of his extravagant purchases in France include:

Around €50 million in furniture and art including:

Nine luxury cars seized from the Paris estate were auctioned off in 2013 for €2.8 million, including: 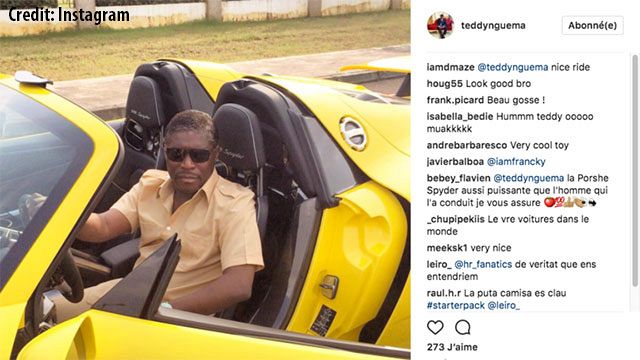 The Swiss government also seized 11 luxury cars belonging to Obiang last year, including the Koenigsegg One:1, one of only seven ever produced.

With a yearly salary of under €100,000, French prosecutors said he used his former post of agricultural minister to line his pockets, exerting influence over the country’s timber industry.

In 2014, he agreed to a $30 million settlement in the U.S., which resolved similar allegations that forced the sale of his Malibu mansion and various pieces of Michael Jackson memorabilia.