Masks used in cancer treatment have been transformed into pieces of art and presented in an exhibition in the Romanian capital, Bucharest. 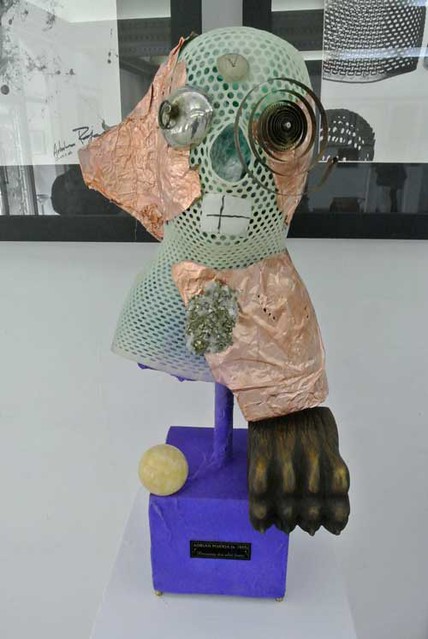 The radiotherapy masks, worn by patients suffering from cancer who receive radiation doses to the head and neck area, are made of thermoplastic netting which takes the shape of a patient’s face, after the mask is heated in 60°C water. The mask will keep the patient immobilized in the same position during each of the 30-35 sessions, thus contributing to a better targeting of the radiation beam. 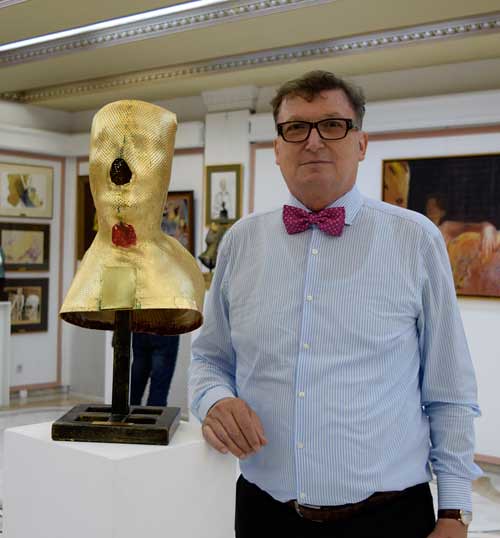 “We recovered them from an oncology hospital, I do not know what happened to them, some of them may still live, others may have died,” said Crinu Cornel Surlea, the Romanian art collector who conceived the exhibit.

He had the idea of transforming the masks into art after his personal battle with cancer and he also reimagined his own mask, covered in gold.

“Between the mask and the patient, there is a connection and this is terrible and very important when you are sick and you pass through the pain,” Surlea confesses.

“I could have seen me dying of old age or in a terrible car crash, in a plane accident or in an earthquake, but I could have never imagined myself dying of cancer. Especially of cancer in my larynx, although I have never smoked, I’ve done a lot of sports and have enjoyed a healthy lifestyle. Fortunately, I also missed this kind of death,” he says.

Sixty four well-known Romanian artists joined the project, creating 146 works, including paintings and graphics in addition to the decoration of the masks.

As part of the project, Crinu Cornel Surlea also launched an album, “The Scream – Masks of Grief and Hope”.* 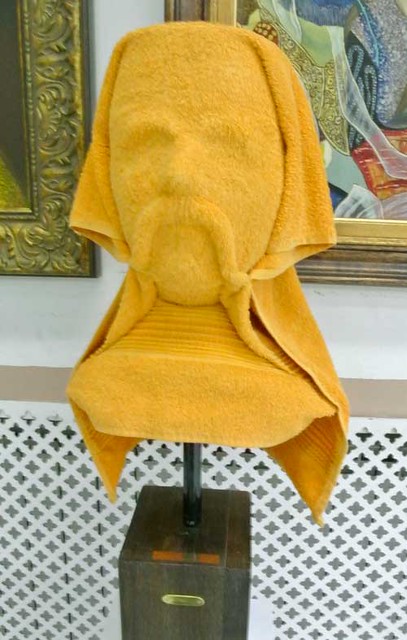 “Let’s fight cancer” is the message Surlea wants to send to the people and decision makers. After his own story with the disease and having to monitor his health for five years after he did radiotherapy, Surlea says: “I lost my ability to forget and at the same time I was overwhelmed with revolt, a kind of revolt directed against everyone who could do something about it but didn’t do anything at all.”

According to a study conducted in 2016 by The Center for Innovation in Medicine (InoMed) and the marketing research company IMAS, in Romania there are over one million cancer patients.

Almost 4 million families in Romania have had at least one member suffering from cancer. The challenge of treating them is exacerbated by the fact that many of the countries’ brightest doctors have left to seek work abroad: “There are 250-300 oncologists across the country, we do not have pediatric oncologists, there are about 45-50 radiotherapy specialists,” declares Crinu Cornel Surlea.

“For 27 years, political parties, politicians, parliamentarians, presidents, NGO and prosecutors have not considered cancer on their agenda. They have hardly done anything,” he adds.

“They could have built more specialised hospitals, equipped the old oncological sections with new and up-to-date equipment, brought cheaper and higher quality cytostatic drugs, motivated physicians to remain in Romania by fair pay, developed programmes of recovery and psychological support for the patients affected by this disease,” he says.

World Health Organization data show that cancer is the second leading cause of death globally, responsible for nearly 1 in 6 deaths.

Surlea wants to donate some of the creations to oncological hospitals. But the main purpose of his initiative is not only to mobilize the patients to fight cancer but, as well, to wake up society and to inspire hope. 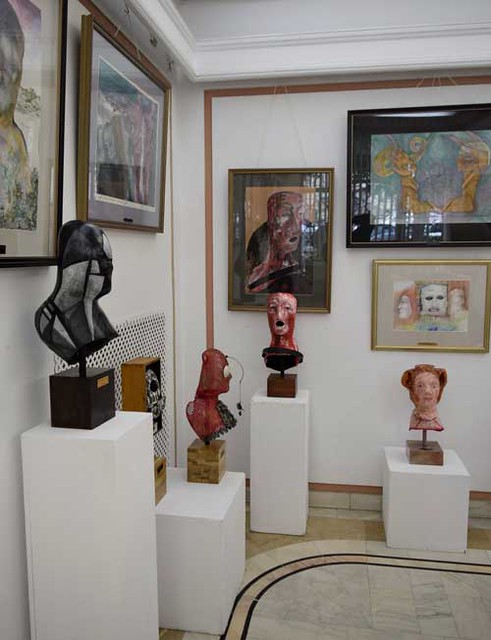