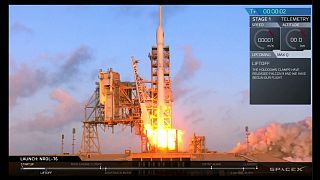 SpaceX successfully launched its NROL-76 mission from NASA’s Kennedy Space Center on May 1 after the initial scheduled lift-off a day earlier was delayed due to a technical issue.

The rocket was due to carry a satellite into orbit on behalf of the National Reconnaissance Office.