The ‘La Havana’ peace deal signed last August between Colombia and the main rebel group, FARC, started the process to put an end to a 52 year armed conflict. The amended agreement was ratified in November despite being rejected by a referendum.

The peace deal in Colombia involved only one of its rebel groups. Several areas of the country are still hit by heavy fighting.

According to official data, instability and clashes have pushed at least 58,000 people out of their homes last year but NGO numbers are much higher.

According to the humanitarian organisations between January 2014 and August 2016 on average 16 thousand people were displaced every month in Colombia.

Putumayo is among the areas where recently displaced people tend to go. Among them, Lucia, this is not her real name, who travelled to Puerto Asís, last July.

“I fled twice. Now and in 2002. In 2002 I was left with nothing. Last year we left around the 10th of July. Armed groups asked for one euro 50 a day and when it was impossible to pay, they started threatening us,” she explained.

Last August Lucia applied to be officially recognized as a displaced person by local authorities in order to benefit from national aid.

The legal procedure is due to take three months during which the most vulnerable displaced people receive international help.

We followed Lucia to her last monthly meeting with the NGO Action Against Hunger. The organisation gives urgent help providing money for shelter, hygiene, including a kit for water purification, but above all, food

“Every family receives 100,000 pesos for each member. It’s the equivalent of 30 euros per month. In terms of hygiene, we give the equivalent of 18 euros for the whole family at one time,” explained Veronica Nayive Tejada Rodrguez, Action Against Hunger.

This is Lucia’s last shopping trip with the NGO’s help. It is five months since she asked for the local authorities’ registration. Families can wait up to one year before they are granted displaced status or not.

“When the help ends, we will go back to the same old rice and a little soup,” said Lucia.

Lucia moved into an area known as a stronghold of FARC’s 48th Front. It produced most of the drug money needed to finance the conflict.

The peace deal is pushing the guerrilla group away and new balances are emerging. As a humanitarian donor, the EU is following the situation closely.

“The country still has a number of other armed groups that not only have not signed the peace agreement, but are in increased competition to recover territory. That has resulted in a number of consequences for the population especially in rural areas, particularly in terms of forced displacement,” explained Hilaire Avril, EU Humanitarian Aid

Euronews inland to understand how food and agricultural programmes are helping reduce displacement in rural areas, where coca production is still big, as well as the attempts to eradicate it.

“The effects of the armed conflict are most evident in the cities, but rural areas have also been severely affected. Here we are on the Afilador river to go to the Cofan indigenous community,” reported euronews’ Monica Pinna.

#aidZone missions accomplished! Lost track of how many flights we took. End of 2 weeks on the road. Soon our reports on air euronews</a> <a href="https://t.co/m9HG9t1X6j">pic.twitter.com/m9HG9t1X6j</a></p>&mdash; Monica Pinna (_MonicaPinna) 27 novembre 2016

Rural communities like the Cofan, have lived for years between armed groups and the government. Locals were killed, many fled and the isolation imposed by the conflict limited their self-reliance and trade opportunities.

Bogota’s ended up with a land-fumigation policy to eradicate coca production. The Cofan are still paying the price.

“Fumigations started because of coca production. They started here in 2005 until 2013. It has affected not only illicit crops, but above all food crops. Here there are no business opportunities, there are no guarantees, work is just exhaustion. As indigenous farmers, we demand that all coca fields are converted,” explained Diomedes Lusitante, Cofan indigenous Authority.

The UN Food and Agriculture Organisation is following up on a food security project which was finalised last year in this community. The Cofan were given seeds to plant crops, and were trained in effective agricultural practices. Results are encouraging.

“They go on with the activities they learnt with the FAO, but following their own initiative. They are choosing their own crops, they continue applying their techniques in the shared orchard, this one here, and they do the same in their private gardens,” Henry Solarte, FAO pointed out.

Confinement is still affecting rural areas, and food insecurity is among its main consequences. In 2009 over 30 indigenous communities were considered at risk of extinction due to the conflict. 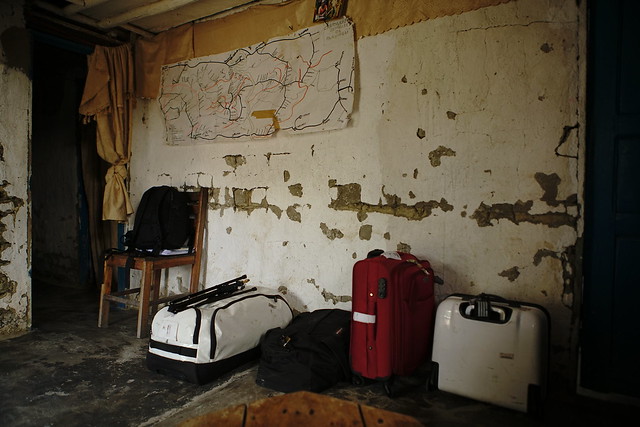