Romanians have been writing to Euronews giving their views on the corruption controversy engulfing their country:

Ion Sava, 35, a civil engineer, told Euronews: “The protests stems from the sneaky and abusive way in which they did it, over the parliament and with interference with the judicial branch, so that it may save their boss, Dragnea, from going to jail.

“Many believe that we must act with all the strength, now, before they decide to outlaw public gatherings, social media and the freedom of speech. Because they just showed us that they can and will stop at nothing to get total power.

“We hope the EU might step in and take a powerful stand, as there are already rumors that the government will try to steer the country away from EU, in order to escape the corruption monitoring.”

Diana Rusu, an advisor to Romanian politician Valeriu Steriu, but speaking in a personal capacity, said: “Romanian large anti-governmental protests have been viewed by the urban population as a sign of civil responsibility when the political leaders seem not to follow the best interest of the people. It is worth mention that the massive protests in November 2015 that led to the resignation of the Social Democrat government have set a precedent that peaceful demonstrations can bring a change. I believe this is one very important motivation of all those protesting.

“The anti-corruption fight has always had a very large popular support, especially since it has intensified in the past four years, bringing down tens of corrupt officials or politicians. A significant part of the population, notably the urban one that traditionally doesn’t support the Social Democrats, has seen an improvement in the standard of living after Romania joined the EU and considers the anti-corruption fight a compulsory step in the transformation of the country.” 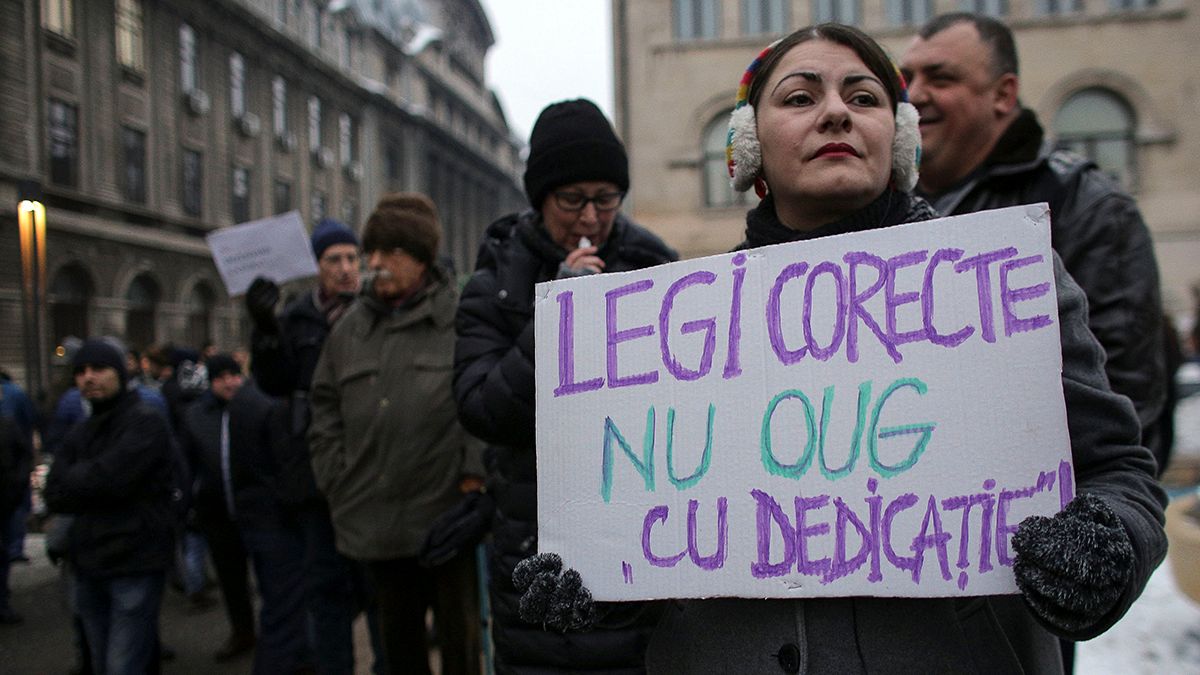 A protester in Bucharest.

Mihai Picu, 49, from Bucharest, said: “The economic crisis has squeezed the Romanian economy since 2009. From 2012 to 2015 the PSD government decided to cut investment, therefore many projects disappeared. I believe that this economic issue created pressure groups and a movement against corruption.

Michael Iakab said: “I don’t support the changes the Romanian parliament has done, I’m ashamed that I’m a Romanian citizen.”

Vasile Braileanu, 49, a software engineer from Bucharest, said: “We are sick of these politicians who think they are elected forever. The chief of PSD was condemned to two years in prison for electoral fraud, a second file on corruption is ongoing, and these changes of the law will pardon him, so he can then be prime minister because he is no longer an outlaw.

Ovidiu Ursachi, a Romanian based in Germany, said: “When a political party with strong communist roots is coming to power and as a very first measure they make an urgent amendment (normally used for real urgency situations such as war, natural disasters, etc.) to the laws against corruption, then this country has a big issue. In a country where strong corruption is everywhere in the political and administrative system and where investments go into the pockets of politicians instead of education, health, transportation or defence systems, then people have no more hope. 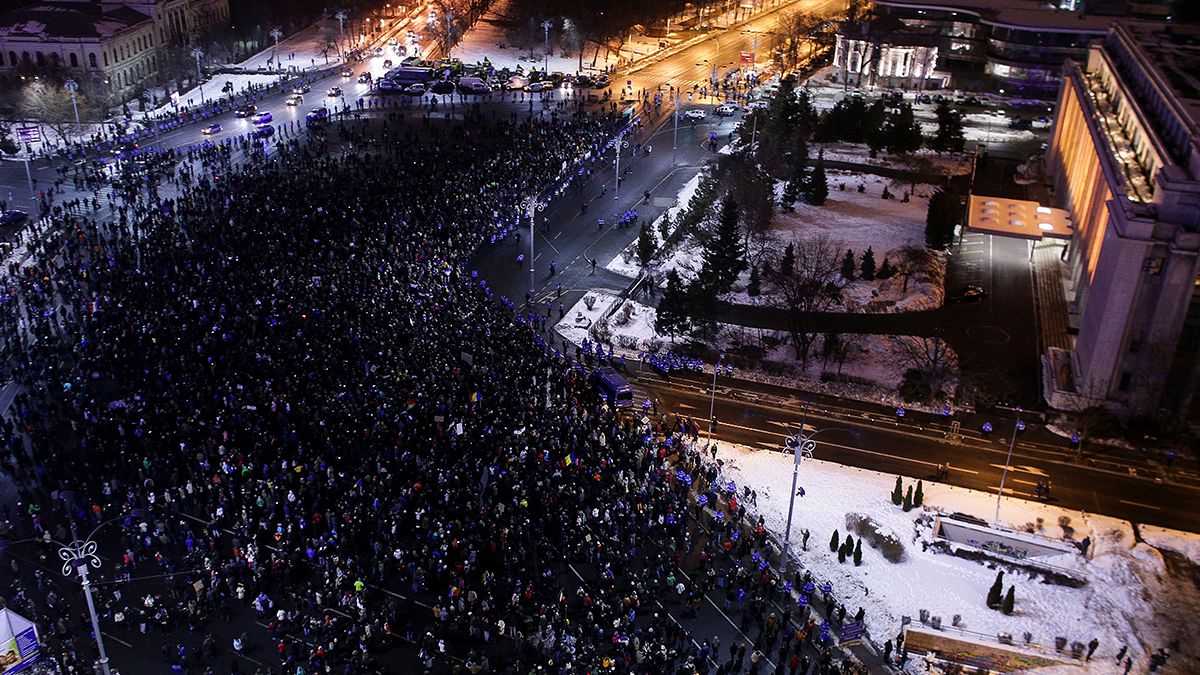 “Three million people have already left this country (including me) because these politicians left us no possible bright future. Many still hope, but now they are at their limit and are becoming hopeless. In this way, Romania will soon be no longer be a stability pole in Eastern Europe. After Poland, Hungary and Bulgaria, it seems Romania is paving its way to political instability. Thus, all western politicians must support us in our endeavour to reverse these amendments.”

Valentina Dimulescu, a public policy researcher at the Anticorrp project, said: “People definitely feel that their voices have been grossly ignored and lied to since the government promised the president that these changes would pass through adequate public scrutiny.

“The fact that approximately 12,000 people rushed to protest on Tuesday night and in other major cities goes to show that these protests will most likely continue and even grow.

“Some local companies said that they will offer free food and drinks to protesters and some private citizens are offering their apartments for protesters outside Bucharest.”

Micu Alexandru, 24, from Cluj, told Euronews: “I am sick and tired of the people that are in charge right now.

“They are doing things only for their benefit, even if it means ‘burning’ the country.

“Last night around 300,000 Romanians all around the world demonstrated against the government and against the Tuesday decrees. This was probably the biggest manifestation since the Revolution and they still don’t even care.

“I will be in the street as long as it takes to change this. And when all this is over, if they will still be in charge, I’m seriously thinking about leaving the country.”