According to the Gregorian calendar 2017 began 27 days ago. But not all countries follow these dates. China, for example, celebrates the new year- the Year of the Rooster- on Saturday 28 of January (though for day to day business China does now use the Gregorian calendar). Chinese New Year is also celebrated in many south Asian countries, such as Thailand and Cambodia.

But the date is not fixed. It is set by the Chinese lunisolar calendar, and therefore changes each year.

Each Chinese year is given its name from the Chinese zodiac. Like the western zodiac, it is divided into 12 sections. However, these are all characterised by an animal, and last a lunar year rather than a month. 2017 is the year of the Rooster. The next year of the Rooster will be in 2029. 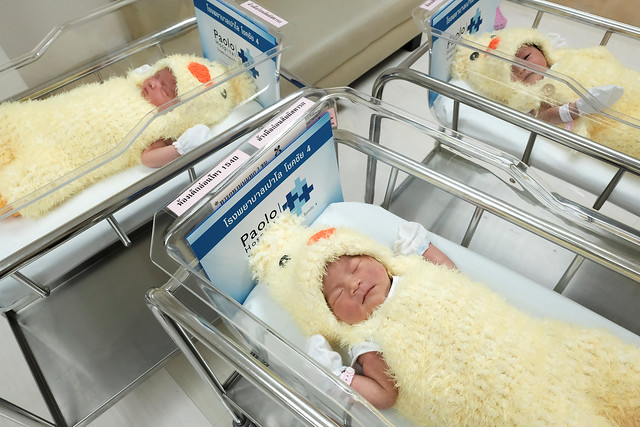 Celebrations will take place around the world on Saturday and Sunday, with some of the largest celebrations outside of Asia taking place in London. Rome will also hold sizeable celebrations, as the Italian capital is twinned with its Chinese counterpart Beijing.

A popular part of New Year celebrations is the Wishing Tree. Dating back to the 18th century Qing dynasty , it has been a tradition to hang red wishing cards on these trees. 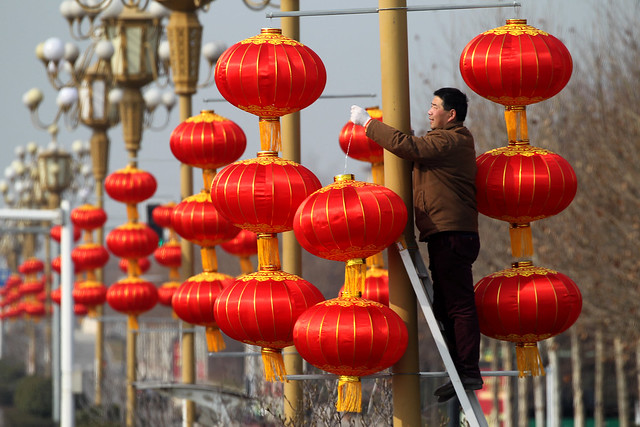 Originally the cards were tied to oranges, which are then thrown over the branches of the trees. If the wish catches a branch and sticks, tradition says the wish will be granted in the forthcoming year. However, after past accidents when branches fell and injured those gathered underneath, many wishes are now hung on racks near the trees.

The giving of red envelopes, often filled with money, is another traditional celebration of Chinese New Year. Parents and grandparents often give the gifts, called hongbao in Mandarin and lai see in Cantonese, to children. The red colour is a vital part of these gifts, as it symbolises happiness and good luck. In fact, the envelope itself is often seen as more important than the money it contains, as it is a way of sending good luck and wishes to the recipient.

Chinese New Year celebrations are not just held on one day, or over one weekend. Instead they run until the Lantern Festival, celebrated on the 15th day of the new year. It will take place on February 11 2017. 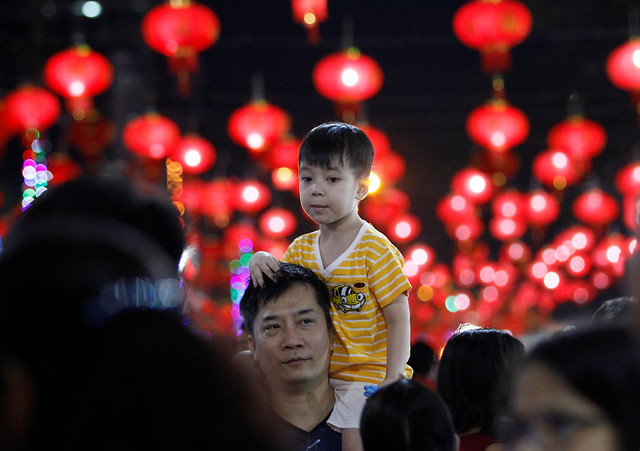 This celebration is symbolic of the new Spring, and as such is held on the first full moon of the new year. The multi-coloured and often extravagant lanterns are lit and released to float into the night. This can symbolise one letting go of the previous year, or a personal change to be made over the next year. Like the envelopes, many lanterns are red, and symbolise hope for the coming 12 months. However, in modern times many of the lanterns have become more complex, and the festival has even been commercialised as the equivalent of Valentine’s Day in Hong Kong and Taiwan.

Along with celebrations all over the globe, Chinese New Year boasts the world’s largest annual human migration.

According to the National Development and Reform Commission, almost 3 billion trips will be made as people travel to see family and friends to celebrate the festival before returning home.

But such a migration comes with risks, and after disaster struck in Shanghai in 2015 and 36 people were killed in a stampede, Chinese authorities are working hard to conduct safety drills before the weekend. 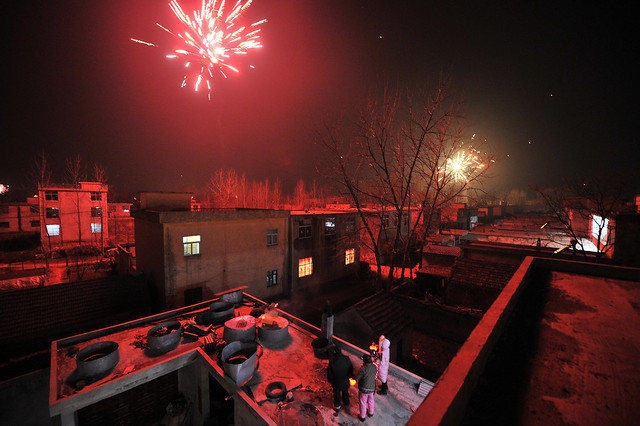 To find out about Chinese New Year celebrations near you, click here