The Olympic Games never fails to inspire. But at times it surprises. Euronews looks at some of the greatest shocks in the history of the Games. 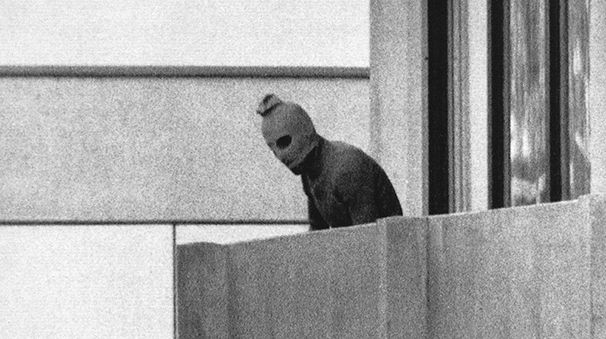 It was billed as The Games of Peace and Joy but it ended up being the Olympics’ darkest day.

Early in the morning of 5 September a Palestinian terrorist group entered the Olympic Village and the apartments occupied by Israeli athletes.

They took 12 hostages during a 12-hour standoff. One hostage escaped, another died trying to escape and a third bled to death after being shot and castrated.

At the start German police and security forces were nowhere to be seen and the Games continued.

The terrorists said they wanted 234 Palestinian prisoners released from Israeli jails along with German terrorists Andreas Baader and Ulrike Meinhof.

The police attempted to end the siege but this was foiled by TV coverage, which alerted the terrorists.

The next demand was for a helicopter and a plane to take the hostages to Egypt. The police at first complied but then ambushed the group. In the ensuing confusion the remaining athletes were killed by the terrorists in the helicopter.

One German police officer was killed along with five of the eight hostage-takers. Eleven Israeli athletes were killed. 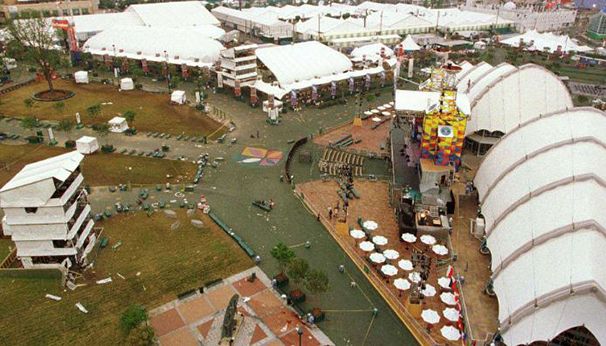 A week into the Games a bomb explodes in the Olympic Park, killing one directly and injuring more than 100 others. Another died of a heart attack while fleeing the scene of the attack.

After the bombing police were at a loss in finding a motive and the perpetrator. Two later bombings, at an abortion clinic and a gay nightclub, eventually led police to Eric Rudolph.

Rudolph was protesting against what he called “abortion on demand” and wanted the government to cancel the Games. He was sentenced to four consecutive life sentences in addition to 120 years in jail. 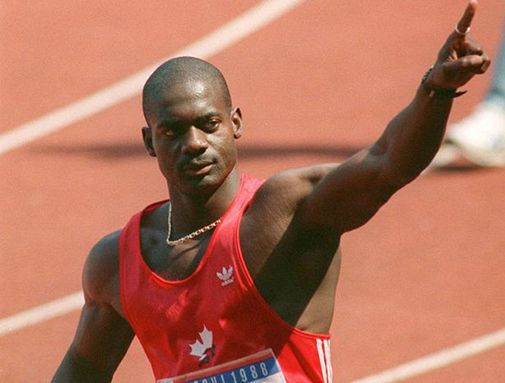 Canadians rejoiced when their sprinter crossed the 100 metre finish line to beat his own world record with a time of 9.79 and become the Olympic champion. Ben Johnson would later say that it would have been even faster had he not raised his hand at the end.

But the sprinter’s adopted country, along with the rest of the world, were stunned into disbelief when it was announced three days later that he tested positive for stanozolol.

He was immediately disqualified, stripped of his gold medal and had his world record scrubbed from the books. The American athlete Carl Lewis was bumped up from silver and the British athlete Linford Christie was awarded bronze.

After his suspension Johnson attempted a comeback. In 1993 he won a 50m event in Grenoble, France, just 0.04 off the world record. But not long after he tested positive for testosterone and was banned for life by the IAAF.

The Hungarian uprising is the backdrop to what became known around the world as the Blood in the Water match.

Students took to the streets in October 1956 to protest against the government of the Hungarian People’s Republic and its policies imposed from Moscow. This was the beginnings of the revolution.

As the uprising gained pace, athletes headed off to Melbourne in November full of hope. By the time they arrived in the Australian city three weeks later, they were to learn that the Soviet Union had invaded their country, killed 3,000 compatriots and the resistance had been crushed.

With Hungary due to meet the Soviet Union in the semi-final, it was inevitable that the match would be charged. Istvan Hevesi recalled: “The fire inside us was beating so strongly. God help us, we’ll beat them for sure.”

The Hungarian water polo team went into the Games as favourites, having won gold at two of the previous three events and a silver at London in 1948. The Russians had finished seventh at the last Games.

Dezso Gyarmati, the captain, put his team 1-0 up against their opponents and Hungary eventually accrued a 4-0 lead.

“We were yelling at them, “You dirty bastards. You come over and bomb our country,” says Ervin Zador.

Minutes before the end Zador was punched in the face by the Soviet Union’s Valentin Prokopov. Blood poured from his wound and he was escorted out of the pool.

The referee brought the game to an end as the crowd shouted “Hajra Magyarok!” – “Go Hungary!”

Being 4-0 up they were declared winners and went on to win gold against Yugoslavia in the final. 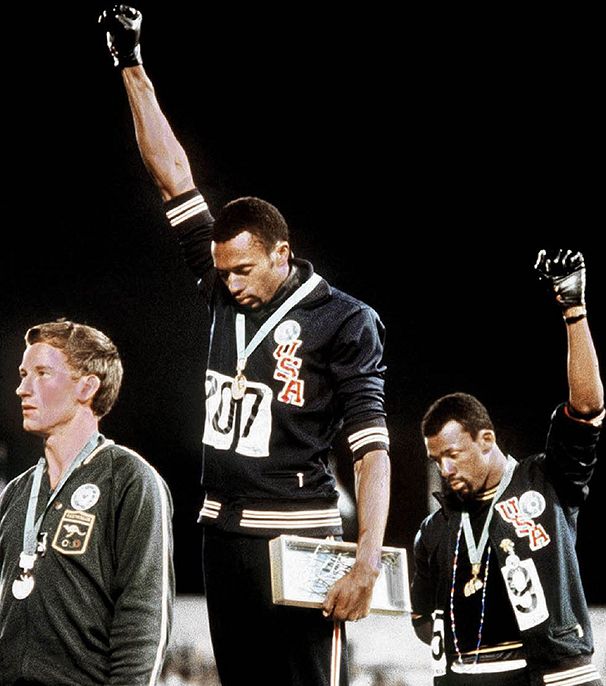 Tommie Smith and John Carlos will forever be remembered for the iconic moment when they held up their fists in a black power salute during the 200 metre medal ceremony.

While the pair cannot agree on whose idea it was to make the symbolic statement, they were unanimous in what it stood for: the gloves represented black America, they removed their shoes to highlight the plight of poverty in their communities. A scarf and a bead necklace recalled lynchings and the fist represented black power.

Both wore the badge of the Olympic Project for Human Rights.

The fallout for the pair was swift and devastating. They were ordered to pack their bags and leave the Olympic village within 48 hours.

On returning home, Smith had his contract cancelled by his agent and was sacked from his job.

“My mother died of a heart attack in 1970 as a result of pressure delivered to her from farmers who sent her manure and dead rats in the mail because of me,” he later recalled. “My brothers in high school were kicked off the football team, my brother in Oregon had his scholarship taken away.”

Carlos suffered in the same fashion. He said: “I would soon have no money and I had to beg, borrow, steal and gamble to pay my rent. I remember chopping the furniture up for firewood and my wife looking at me as if I was crazy. But our heating was electric and I couldn’t pay my electricity bill, so we had to take the kids to sleep by the fireplace.”

His wife would later leave him and kill herself.

Peter Norman, from Australia, who finished second, was hung out to dry by his country for wearing the badge of the Olympic Project for Human Rights in support of the pair.

Despite qualifying easily for the Munich Games in the 100 metres and 200 metres, he was not picked by Australia for the 1972 event.

Disillusioned, he quit athletics. In 1985 he contracted gangrene after tearing his Achilles tendon and nearly lost his leg. He spiralled into heavy drinking and addiction to pain killers.

When Norman died Carlos and Smith gave eulogies and were pallbearers at his funeral.