Northern Ireland celebrated their very first win in their maiden European Championship after beating Ukraine 2-0 in their second Group C match in Lyon.

It was a great spell from the West Brom defender, who just moments before his opener saved his side from conceding at the other end.

His goal is Northern Ireland’s first in a major tournament since Colin Clarke hit the mark in the 2-1 defeat by Spain in the 1986 World Cup.

The heavy rain turned into walnut-sized hailstones on the hour mark, which was enough to convince the referee to suspend play.

Not your typical French summer…#EURO2016pic.twitter.com/GT2CRgJRgV

The suspension was brief and the players were back on the pitch a couple of minutes later.

The rain and hail went away and there were brief spells of sunshine but not for Ukraine, who six minutes into injury time conceded the second.

Second-half sub Josh Magennis skillfully got past his marker to reach the byline on the right before pulling back to Stuart Dallas at the top of the area.

His low driving shot was blocked by Andriy Pyatov but it rebounded into the path of Niall McGinn and the Aberdeen midfielder slammed it home from close range to cap off an historic victory for Michael O’Neill’s men who now have a real chance of making the last 16.

It was Northern Ireland’s first win against Ukraine in five attempts.

After Germany drew with Poland in the late match on Thursday Ukraine become the first team to be eliminated from the group stage.

Daniel Sturridge scored in added time to hand England a dramatic 2-1 win over Wales in their second Group B match in Lens on Thursday which took the Three Lions a step closer to reaching the knockout phase of the competition.

Wales’ star man Gareth Bale smashed home a 30-yard free kick to get Wales off the mark first three minutes before the interval – although Joe Hart should have done a lot better to keep the ball out.

Second-half sub Jamie Vardy, England’s Footballer-of-the-Year in the Premier League this season, scrambled in the equalizer ten minutes after the break.

England piled on the pressure late on and it paid dividends one minute into injury time.

Fellow second half sub Sturridge ploughed his way into the area and poked his shot past Wales keeper Wayne Hennessey at the near post for the dramatic victory.

It sparked mass celebration from the English fans and sent Roy Hodgson’s men to the top of Group B with four points, one clear of both Slovakia and Wales.

Russia prop up the bottom end of the table with one point from their two matches.

England now need a point against Slovakia in their final Group B game on Monday to earn automatic qualification into the last 16, while Chris Coleman’s Wales must beat Russia to guarantee a top-two finish.

In the new expanded format the four best third-ranked sides from the six groups will also progress to the first knockout round.

Germany and Poland deliver first goalless draw of this edition

World Champions Germany and Poland played out a drab goalless draw at the Stade de France on Thursday, but both inched closer to a place in the Euro 2016 knockout round with a share of the spoils.

The game in Paris was billed as a potentially high-quality encounter between the neighbouring countries, but the first half was anything but.

Although there was some neat passing from Germany, Joachim Loew’s side were toothless when they got in front of goal and Poland weren’t much better.

After France v Albania this was the second game at Euro 2016 that has been without a shot on target after the first 45 minutes.

Poland made the brighter start to the second half with a couple of half decent chances for Arkadiusz Milik, one of which was a 20-yard free-kick that curled around the wall, but neither attempts seriously threatened Manuel Neuer between the German sticks.

On 60 minutes Poland captain Robert Lewandowski burst through on goal but Jerome Boateng’s vital last-gasp tackle at the edge of the area closed down that danger.

Nine minutes later Milik had the best chance of Poland’s evening to to sweep it into the net, but he completely missed the ball to add to his ever-increasing missed opportunities on the night, while at the other end Mesut Ozil unleashed a rasping effort to force goalkeeper Lukasz Fabianski into a fine save.

The neutrals watching the game were finally awoken from their slumber by the full-time whistle as the first goalless draw of this tournament was registered.

Having both won their openers Germany and Poland have four points from their two Group C games, with Northern Ireland on three which means Ukraine are eliminated with one game spare.

Player of the day

Gareth McAuley for his opener to help Northern Ireland on their way to victory against Ukraine. 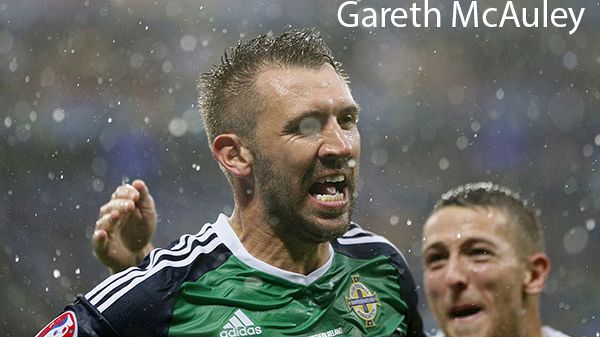 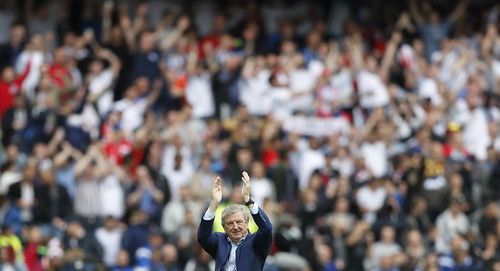