The first images of Chernobyl following the accident at the nuclear power plant were filmed by journalist Valeryi Makarenko on May,12,1986.

It was 16 days after the accident, Makerenko ran the risk of extremely high levels of radiation and the KGB, which was at pains to keep the catastrophe under wraps.

Valeryi takes up the story:“The Soviet authorities prohibited anyone to be in the area. I brazenly arrived by helicopter to Chernobyl, thanks to my friends in the aviation team. I did an interview with the head of the government commission and I prepared the first report on how the reactor was destroyed. So, we broke the information blockade and they couldn’t stop the media anymore.’‘

Thirty years on and Valeryi has returned to the site of the disaster. He is amazed by how much radiation levels have fallen since his first visit:

“Checking the level of the radioactive contamination and it’s ridiculous to compare it to what was in 1986. Now it’s just five times more than on Kreshchatyk Street in central Kyiv. The clean-up is the result of a lot of work and a lot of lives.’‘

In the wake of the disaster the liquidators hastily built Object Shelter, known as the sarcophagus, between May and November 1986.

Photographs by Oleg Veklenko who worked as a liquidator after the explosion. 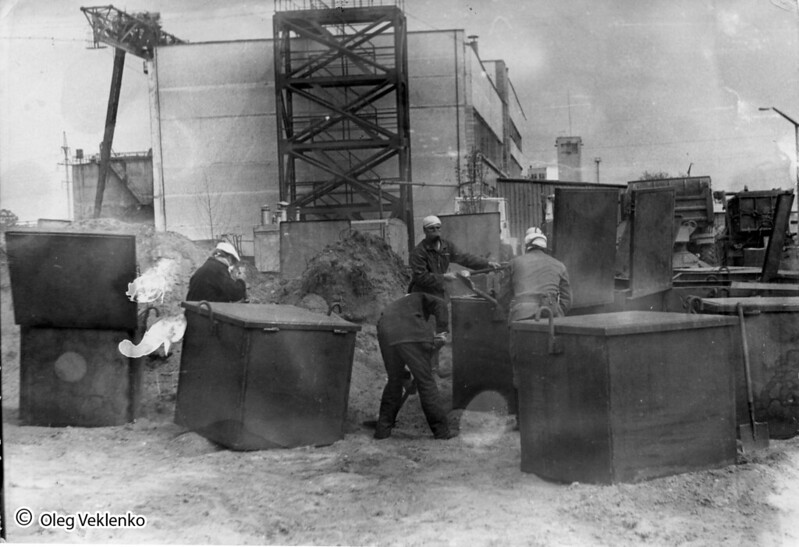 Building the Chernobyl sarcophagus/“Shelter Object.” To seal away the bad stuff. For awhile, anyway. pic.twitter.com/3I8JLJIct1

A new structure to contain the nuclear reactor is under construction, the arch is expected to be completed and in place in November the whole New Safe Confinement work is projected to be finished by the end of 2017.

Huge new sarcophagus at Chernobyl to be slid over old one in a few mths. 108m high; on rails for sliding pic.twitter.com/FF0UTj5as3

Viktor Zalezetsky is the deputy head of the New Safe Confinement project:

“Today is the last phase of the building process and we are going to start the moving process. The task for this year is to move arch up on the reactor and by November this particular part of the project will be complete”.

The arch has been under construction since 2012 and is being built by a French consortium. The arch is designed to keep the reactor complex environmentally secure and to allow, sometime in the future, the partial demolition of the old structure. 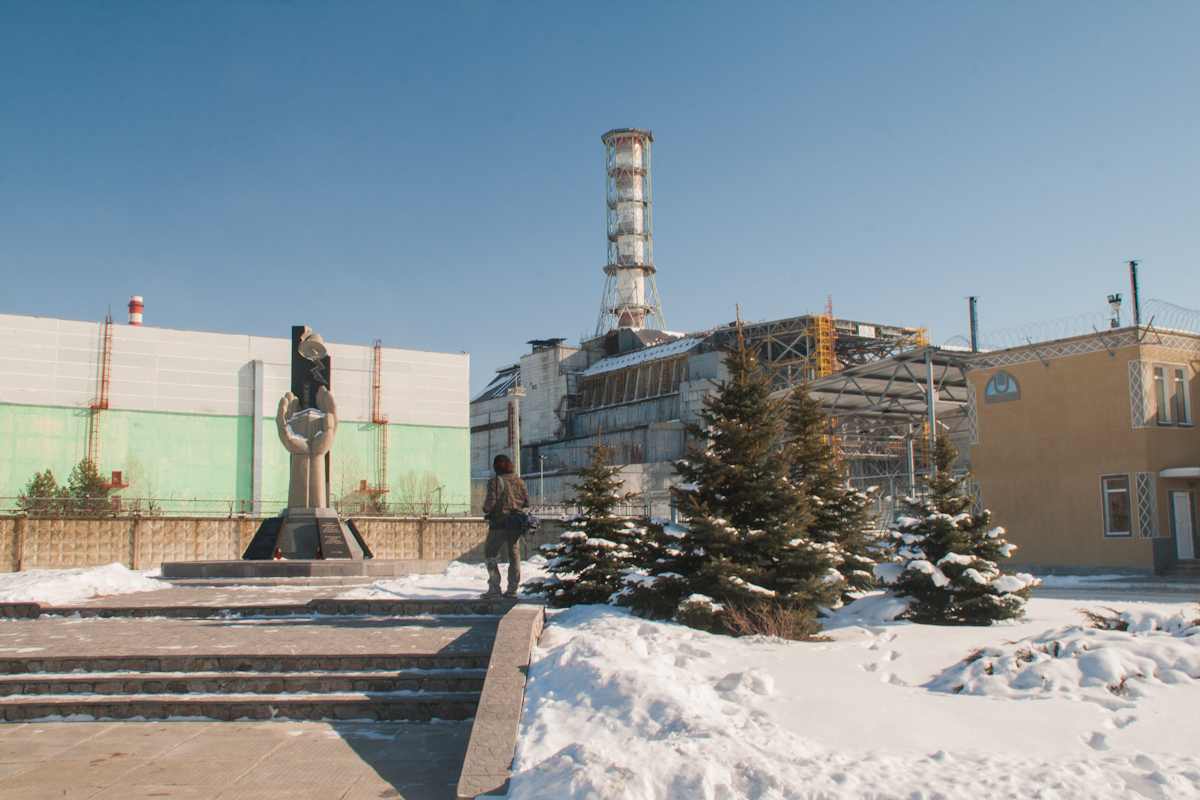 The original sarcophagus is showing signs of deterioration and has undergone a series of upgrades since the disaster.

The total cost of the Shelter Implementation Plan, of which the arch is the focal point, is €2.15bn.

The European Bank for Reconstruction and Development is responsible for managing the Shelter Implementation Plan, including overseeing the construction of the arch.

So far 47 countries and a number of multinational companies have contributed to the project.

However, there is a €100 million shortfall to fund the building of storage facility to confine the highly radioactive spent nuclear fuel from the other three Chernobyl reactors.