Thirty years after the Chernobyl nuclear disaster, euronews spoke to three people who worked in and around the site of the power station in the immediate aftermath of the tragedy.

“My name is Natalia Manzurova. I’m from Ekaterinburg, in the Ural mountains. Before that, I was living in the closed town of Ozyorsk, near Chelyabinsk. You have to be invited, in order to visit. I’m a scientist, a radio biologist.

“For ten years I’ve been working at the Institute of Nuclear Biology and Radiology. We’ve studied the first radiological effects following the 1957 nuclear explosion in Chelyabinsk. Our scientists have studied the consequences on the environment.

“In 1986, almost all the members of our team were sent to Chernobyl; first on a temporary basis, then permanently.

“A new level of secrecy came into effect in May, ’86. It prohibited people from speaking about the radiation levels, about the diseases that the blast had caused and how many people were already suffering from them. I think it’s a huge crime because those responsible in all the administrations wanted to exonerate themselves from responsibility for the disaster and shift it onto us simple first responders.”

“My name is Nadejda Kutepova, I’m the chief of the ecological NGO “Planet of Hope” from Ozyorsk (Ozorsk), a closed town near Chelyabinsk (Ché-la-binsk). For the last 15 years I’ve been working in the human rights sector. Now I’m a political refugee in France.

“In 1986 we were told we weren’t allowed to take our children to seaside resorts, because everything was reserved for children from the Chernobyl area. And it was only many years after that, when I was already an activist for human rights and environmental protection, that I was able to understand what happened back in 1986 in Chernobyl, the scale of this catastrophe and the danger for the children.”

“My name is Oleg Veklenko. I’m 65 years old. Thirty years ago I was in Chernobyl. I participated in the disaster relief operation at the site of the catastrophe from May 2 to June 3, 1986.

“The recruitment offices called people up to go to Chernobyl and help with the clean-up operation. They were not properly prepared, or given special training. Some had perhaps served in the army’s Chemical Corps, but still, nobody was prepared for such a catastrophe. And they didn’t fully understand where they were going. They didn’t realise the danger they were exposed to. At least myself and those with me weren’t aware of it.” 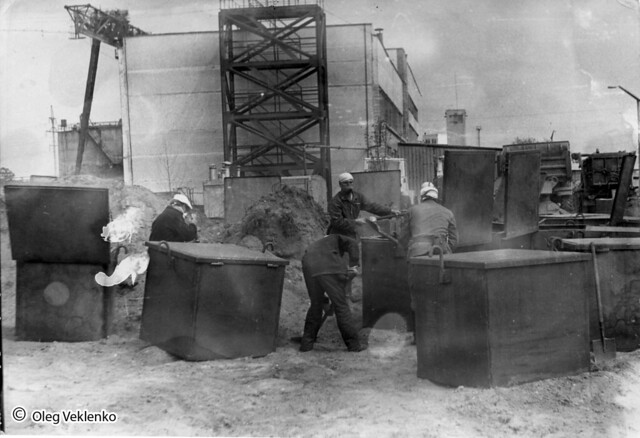