How much do you know about flags? Test your knowledge before reading our article!

With New Zealand having seemingly decided not to change its national flag, euronews gives you a quick tour of these most ubiquitous of symbols, which have been used for millenia by Man to mark his territory.

What’s the story with New Zealand?

New Zealanders have been voting on whether to keep their current national flag or change to a new one, already selected in a previous popular vote. The current flag has been criticised because it is very similar to the Australian one and, with the British ‘Union Flag’ in its top-left corner, is considered an anachronism as New Zealand is no longer a British ‘colony’. The alternative new flag featured a white fern on a black and blue background.

Changing a national flag might sound unusual, but it is not the first time. However, New Zealand is the first country to decide this by referendum.

How common are changes to flags?

Malawi had a flag with a half-rising sun after its independence in 1964. But in 2010 President Bingu wa Mutharika decided to change it to make the sun whole. However, this was against the will of the general population, so when the president died parliament voted to return to the original version. 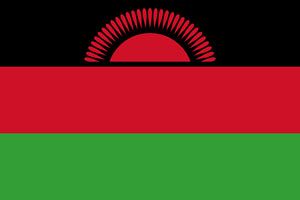 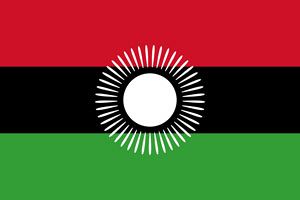 In the same year of Malawi’s independence, but on the other side of the world, Canadian Prime Minister Lester B. Pearson decided to find a replacement to the national flag, which like New Zealand and Australia bore the Union Flag. Today’s well-known maple-leaf version was chosen by parliament after a heated national debate. The flag’s first appearance was on 15 February, 1965, which is commemorated as National Flag Day.

Another symbolic flag change took place in South Africa in 1994 after the end of apartheid and the introduction of the universal vote for all. The country adopted a new, multi-coloured national flag as a symbol of the new multi-racial democracy. 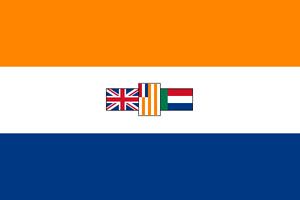 Since 1951 Libya has had four different flags.The best-known is also probably the most simple flag ever used by a country: a plain, green rectangular one. This was adopted by the (Great Socialist People’s) Libyan Arab Jamahiriya in 1977. In 2011 the flag used from 1951 to 1969 came back into use during the Libyan civil war against the rule of Muammar Gaddafi.

Flags can come and go, but which one has lasted the longest?

The Danish flag is the oldest national flag still in use, having been adopted in 1370 or, some say, even earlier. It is composed of a white cross on a red background. The cross represents Christianity, a symbol used by other countries in the region, such as Sweden, Norway and Finland. The second oldest flag is that of the Netherlands, but the Dutch tricolor was not red-white-blue in the beginning; orange was the old red. There are 30 countries now in the world with the white-red-blue colour combination.

Which are the most popular flag colours?

There is only one (Bhutan) country whose flag does not have red, blue or green in it. 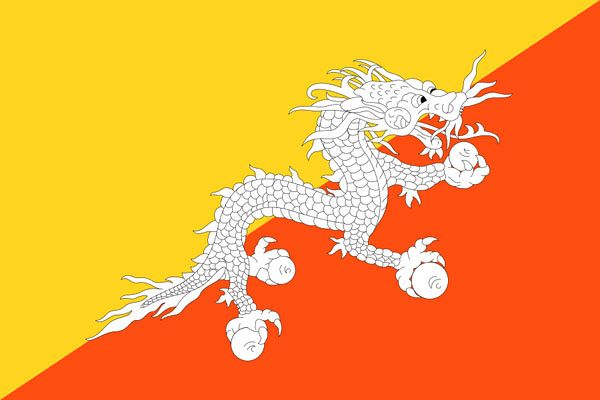 Bhutan’s flag would certainly be a contender for the ‘Most Extraordinary Flags’ competition, were one to exist, but it would have close rivals.

What are the strangest flags in the world?

One of the most unorthodox of national flags is Nepal’s. It is jagged, with the original form composed from two flags. It looks like two triangles, one merging into the other. Until 1962 the sun and the crescent moon emblems on the flag had human faces, but they became victim of the modernisation of the flag. 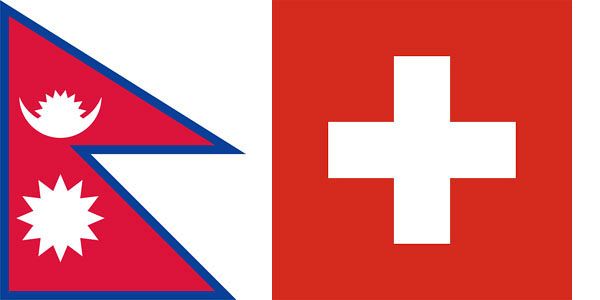 The other exceptions in terms of shape are the two square ones of the Vatican and Switzerland. It is no coincidence that the Red Cross symbol is like an inversed Swiss flag; the design was based on it to honor the Swiss inventor and co-founder of the institution, Henry Dunant. Switzerland was also where the first Geneva Convention was held.

Other flags of interest (to vexillologists at least)

The already-mentioned Bhutan flag boasts, as well as its unusual colours, a dragon. The less complicated sun and ‘yurt’ (tent) design of the Kyrgyzstan flag is also of interest to flag scholars (vexillologists).

Swaziland’s national flag with the large black and white shield and the feather tassels is also well worth a look for its uncommon intricacy. The flags of Bahrain and Qatar seem to have the same designer, as only a subtle change of red separates them.

Brazil is one of only a few countries to have its national motto written on the flag, “Ordem e Progresso” (Order and Progress). This motto itself comes from the Auguste Comte saying, “Love as a principle and order as the basis; progress as the goal”. Spain is another, although you would need good eyesight to read the Plus Ultra written on the coat of arms.

Cyprus and Kosovo are only countries that display their own land mass on its flag. 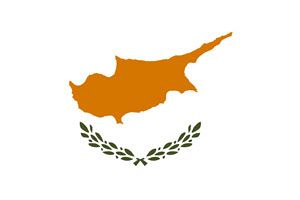 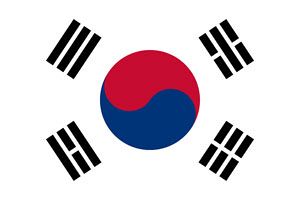 The South Korean flag is full of symbols, they represent the value of its people.

The white background colour is for peace and purity. The blue Yin stands for dark and cold, the red Yang is the opposite bright and hot. The trigrams represent one of the element of earth, nature, season, cardinal direction, virtue, family member and meaning.

There are 22 countries that have text in their flags. Afghanistan, Iran and Iraq have the same: The Takbir (‘Allāhu Akbar’, ‘God is Great’).

Here are some of the shortest: Bolivia has Bolivia written, Malta has ‘For Gallantry’, San Marino has ‘Libertas’ (Liberty)

What are the main symbols used?

Around 50 flags contain stars, 29 have crosses (including England, Scotland and the Vatican), 20 contain a moon and 20 include a sun on their designs (including Greenland, which is part of the Kingdom of Denmark). Only 11 national flags are designed with animals, while six are decorated with plants.

Talking about symbols, 64 countries have religious symbols on their national flags, of which 31 refer to Christianity and 21 to Islam. The rest of them are other religions including Hinduism, Buddhism and Judaism.

Flags of the World