Britain’s business minister’s decision to launch an inquiry into tipping abuse by restaurants, including some of the country’s best-known and biggest chains, has highlighted the grey area surrounding tipping. Should we leave a tip?

UK businesses are required to pay their workers, including waiting staff, at least the national minimum wage. Tipping is not expected, but it is usually appreciated and considered a bonus on top of one’s wage.

Workers in the United States are not as lucky. For many waiting staff, tips bridge the gap between their meager salary and the state minimum wage.

Some states even have a so-called tip credit which allows restaurants to pay tipped employees as little as 2.13 dollars an hour (1.89 euros) as long as tips bring the employees income up to state minimum wage.

Industry views needed for Government investigation into #tipping in #restaurantshttp://t.co/jCBaHgBQkApic.twitter.com/RIvuZebqWF

Tipping is a custom that is firmly embedded into US culture. 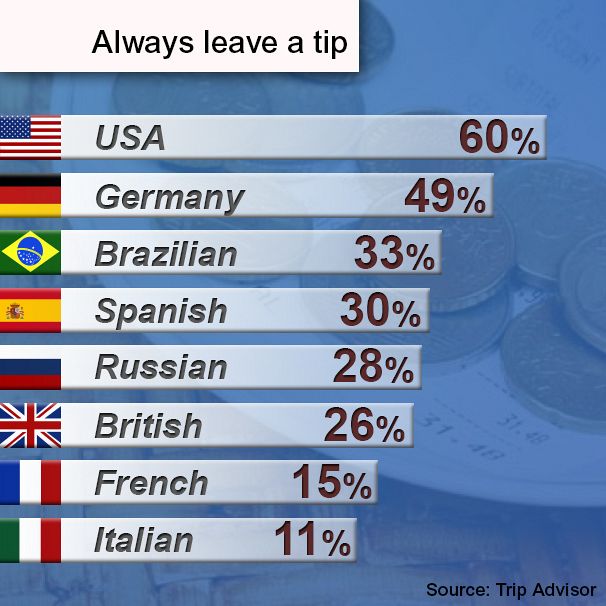 Please do not tip here

In most countries, tipping is voluntary but appreciated. One notable exception is Japan, where it is considered rude

Generally, there is no tipping in China or Singapore, and in Algeria tipping was once considered an insult.

In the countries were tipping is common practice, workers do their utmost to please. But research shows that being helpful and friendly is not all that matters.

Research on tipping behavior shows that waitresses get better tips from men than from women.

"Tipping automatically, it's for the birds. As far as I'm concerned, they're just doing their job." Reservoir Dogs pic.twitter.com/G5Wjp7Ti1U