There were protests in China in Yulin 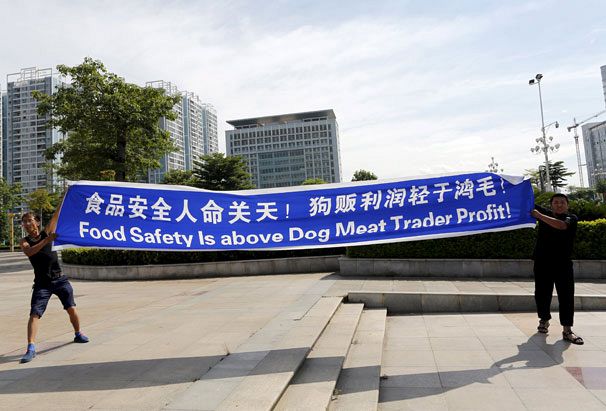 where the summer solstice marks the start of the annual dog meat festival.

Around 10,000 of man’s best friend will be slaughtered for food, state media said in a tradition which goes back hundreds of years.

A group of unidentified men hustled away protesters who had unfurled banners declaring, “Rabies control should be above dog trader profit.”

“These cats and dogs are all stolen, can they just commit these animal and food safety crimes? We can see that they aren’t doing what they should, instead they will steal our banners,” said one activist.

Supporters claim the animals are killed in a humane way. Opponents launched an online campaign signed by more than 3.8 million people to ban the festival.

“Is there no logic, is there a law? You eat steak, if I told you not to eat steak would that be OK?” questioned one man.

One woman was so enraged she spent around 1,000 euros buying 100 dogs 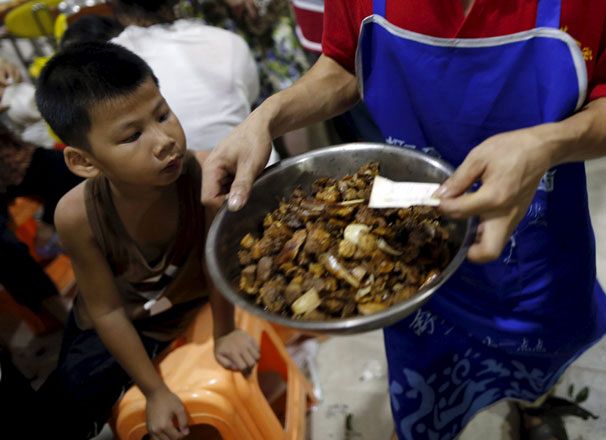 so they would avoid the chopping board. City officials commented that they never organised a dog meat festival.