Migrants in Libya are being tortured, gang-raped and abused even before risking the world’s deadliest sea crossing, a human rights group claims.

The abuse is being carried out by armed criminal groups and traffickers, as well as within immigration detention centres, according to a new dossier by Amnesty International.

It says recent moves by the European Union to ‘destroy’ vessels used to take migrants across the Mediterranean could trap refugees and asylum seekers within Libya, worsening their suffering.

Clamour for the EU to act intensified last month after a boat of migrants capsized en route from Libya to Europe, killing around 800.

The flow of migrants fleeing war in the Middle East and Africa has continued since last November, when Italy’s search-and-rescue operation was replaced with a cheaper EU version.

The EU announced a series of measures last month, including more funding for its search-and-rescue operation and a crackdown on smugglers.

Amnesty’s report comes ahead of EU foreign policy chief Federica Mogherini’s address to the UN Security Council today (May 11), where she hopes to win backing for international intervention in Libya.

Libya has been in chaos since former leader Muammar Gaddafi was toppled in 2011.

Fifty-three people have died around the Libyan city of Benghazi in the last five weeks, according to medics, as forces loyal to Libya’s government fight Islamist groups. 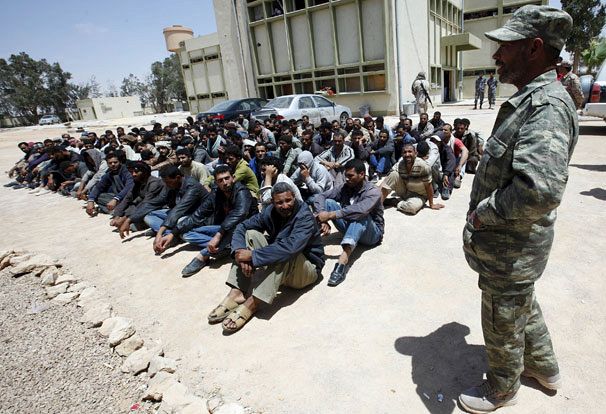 What kinds of abuse have migrants been allegedly suffering in Libya?

Amnesty International interviewed migrants that had crossed the Mediterranean Sea between August 2014 and March 2015.

Here is a small selection of their stories.

Mohamed, a Somali refugee, was held captive by smugglers in the Libyan desert.

He said: “I entered Libya through the Sahara. It was very dangerous, many died. In the desert, Libyan men were forcing, torturing us, beating us with swords, guns, stones, Kalashnikovs. They would beat us every day. They broke my finger, a friend had broken arm. We couldn’t escape. My friend Mohamed tried to escape and was shot dead. Another man was hit on the head with a stone and died. You didn’t eat or drink. Only very little once per day. I stayed one month, then paid. My mother’s brother is in Holland; he paid.” 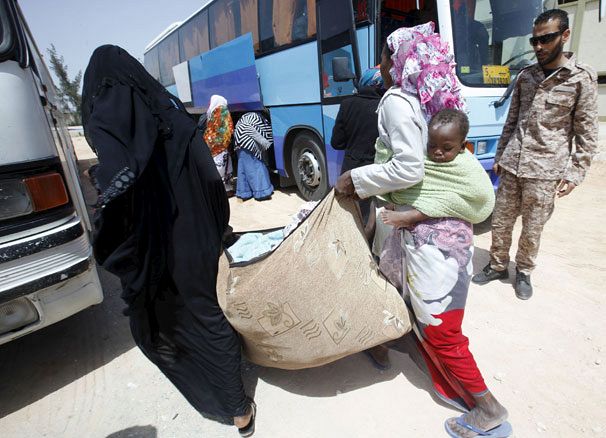 One Nigerian woman said she was gang-raped on her first day in Sabha. She told Amnesty: “Five Asma boys [gangs of young armed robbers] stopped in front of us and forced me and my husband into their car. They took us to a far place outside the city in the desert; tied my husband’s hands and legs to a pole and gang-raped me in front of his eyes. There were 11 men in total– the five men who forced us into the car and another six who joined them later in the desert.” 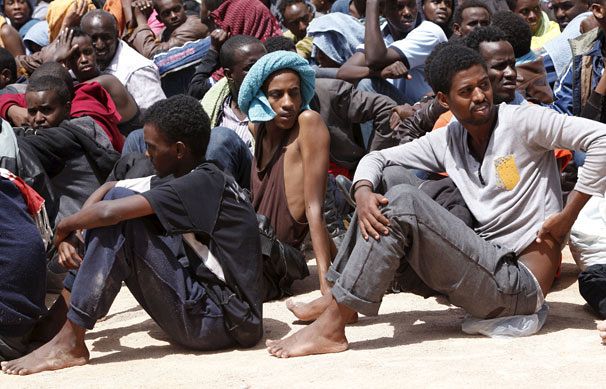 One boy from the Ivory Coast, 17 at the time, says his smugglers had handed him over to a criminal group shortly after arriving in Libya. He was kept in a house for four months and fed just once a day.

He said: “They tortured us to force us to call our relatives to extort money from them. If you don’t pay, you don’t go out. The next morning, the head of the prison came to speak to us, telling us that our family members needed to wire the money immediately to his brother in Ghana. Once he received the money, we would be set free. I told him that I did not have any family members, that all of them had died. He answered: ‘You will join them in death if you don’t pay.’ I started crying, and so they started beating me with a belt and a broomstick. Other detainees tried to intervene, but they were also beaten. The prison is run by Libyans but they have Ghanaians working for them.”

One Nigerian woman told Amnesty of her time at an immigration detention centre in Sabratah: “I stayed in prison for two months. It was a women’s prison but all the guards were male.

“At night, they would come to our rooms and tried to sleep with us. Some of the women were raped. One woman even got pregnant after she was raped. No one touched me because I was pregnant. This is why I decided to go to Europe. I suffered too much in prison.

“One of the pregnant women died there – they took away her body, but we don’t know what exactly happened to her. They hit her on the stomach – she was seven to eight months pregnant and died.

“During the day, they would force us to come out of our rooms to clean or cook. They used to touch our breasts when we were working. They would beat us if we dared to shout.” 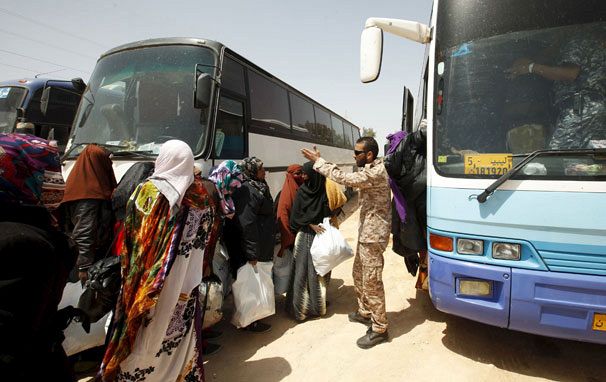