As part of our series of articles on how World War II changed forever the countries that fought it, Natalia Marshalkovich looks at the Soviet Union, which lost far more in human and material terms than any other nation during the war but which also rebounded as a dominant superpower in the decades after it.

A country reduced to a wasteland

World War II left the Soviet Union, especially its western regions, in a catastrophic state of ruin. Some of the destruction was intentional; Stalin issued a ‘scorched earth’ policy to deprive the Germans of useable loot as they advanced on Moscow in 1941. The same earth was scorched again by the Germans as they retreated two years later. More than 1,700 towns and some 70,000 villages had been all but wiped off the map along with around 32,000 factories and 65,000 kilometres of railway track. There were no men, no working machinery and no livestock and the failure of the harvests led to devastating famine during the war but also in the years immediately after 1945.

While Europe was being aided by the Marshall Plan, The USSR and its satellite states rejected American financial assistance but despite this the Soviet economy rapidly returned to growth. One element in the success of this post-war ‘five-year rebuilding plan’ was mass, often forced, manpower. There were between 10 and 11 million Soviet men returning from the front to help rebuild and they were joined by at least two million German prisoners-of-war as well as around the same number of Soviet dissidents held prisoner in Stalin’s “Gulag Army”. Reparations from Germany, mainly seized industrial assets also played their part in the reconstruction effort. 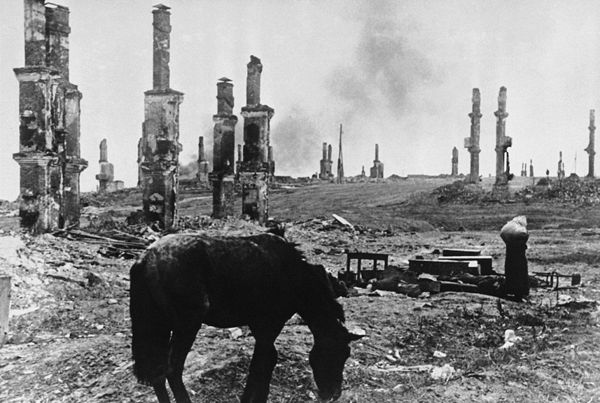 The military-industrial complex remained a significant factor in the post-war Soviet Union. By 1949 the USSR had developed the atomic bomb, followed four years later by a successful hydrogen bomb test. Then came the Soviet space programme. Even in the mid-1980s around 70% of Soviet industrial output was directed towards the military, one of the factors in the economic collapse of the communist system.

Below: Soviet propaganda poster to promote the post-war ‘five-year plan’ 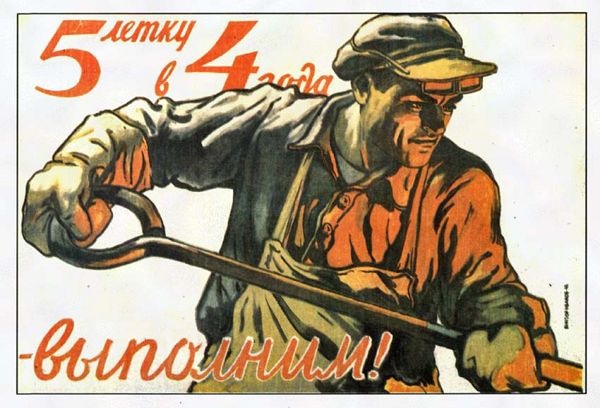 The highest human cost of the war 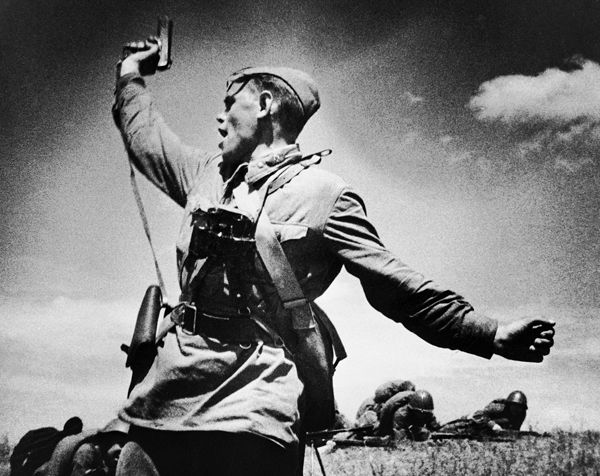 The Second World War is – and hopefully will remain – the bloodiest conflict in human history. Estimates vary as to how many people it killed but academic consensus suggests a figure of around 60 million people, both military and civilian. Those 60 million souls equate to around 3% of the world’s pre-war population, estimated at two billion. Nowhere was the human cost as high as in the USSR, which suffered nearly half of all the conflict’s casualties. It was a demographic disaster. Stalin claimed in 1946 that there had been seven million Soviet deaths in WWII. In 1956 Khruschev revised that figure to 20 million. According to figures from today’s Russian government the number of war dead stands at 26.6 million. Of these 26.6 million dead Soviets, two thirds were civilians. Even these numbers, unimaginable as they sound, are underestimates in the minds of some Russian scholars like historian Boris Sokolov, who believes there were 27 million Soviet military losses out of a total 43.3 million in the USSR. 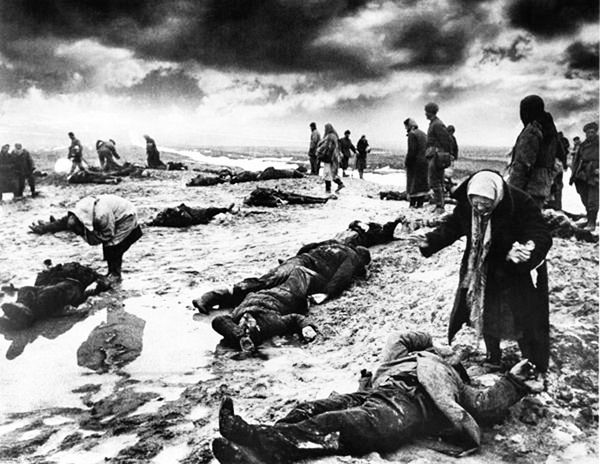 Taking the contemporary official figures, the USSR lost 14% of its pre-war population during WWII, a demographic collapse that would have immense long-term consequences.

Emergence of a superpower

The reward for Soviet sacrifice during what is known in Russian as the “Great Patriotic War” was a position as one of just two architects of global affairs in a new world order. The borders of this new world would be established at the Tehran, Yalta and Potsdam conferences. Stalin persuaded his American and British counterparts that the USSR would keep the territorial gains made through the non-aggression pact signed with Hitler: eastern Poland, Lithuania, Latvia, Estonia and a part of Romania. With the support of Soviet-friendly puppet governments in these countries, the results of local referenda were a formality.

Photos: map of the USSR, 1991 (left); Churchill, Roosevelt and Stalin at the Yalta Conference in February, 1945 (right) 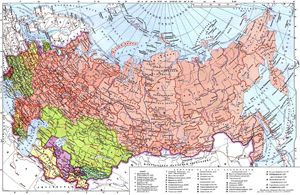 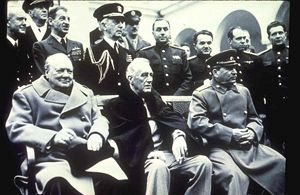 After the fall of the Third Reich, the USSR also absorbed part of the German province of East Prussia (now the Kaliningrad Oblast). Then when Japan surrendered, parts of the Japanese Empire followed, namely Sakhalin and the Kuril Islands – which Japan still does not recognize as Russian territory.

At the same time, the Soviet Union consolidated its control over all of Eastern and parts of Central Europe, its “sphere of influence.” The battle lines were set for the Cold War and the confrontation of a new world superpower, the USSR and its arch-rival, the USA.

“I don’t still dwell on that past war, the war still dwells inside of me”

It would be no exaggeration to say that the war affected every family in Russia and all former Soviet republics and that its legacy has had an impact on successive generations of Soviets and Russians. Forty years after the war, in 1981, Soviet war veteran and poet Yuri Levitansky wrote:

«I don’t still dwell on that past war,
the war still dwells inside of me,
and tongues of the Eternal Flame
are licking at me steadily.»
(Translation by Tanya Wolfson)

Sociologists often refer to the Great Patriotic War as a Russian “state idea”. Victory Day is likely to be the only lasting important memorial day common to all former Soviet states. But as the number of living witnesses shrinks, as does public participation with each passing Victory Day. The very meaning of Victory Day is changing.

The latest survey conducted by Russia’s Levada Center suggests Victory Day is still one of the most important public holidays for Russian citizens, with 65% of those surveyed planning to celebrate it. But for nearly one third of people (31%) it is a “state public event” while for another 31% it is a “memorial day for all former Soviet people”. Only 16% of those asked recognize it in its original context as a “veterans’ memorial day”. The predominant emotion the holiday provokes among Russians (59% of respondents) is national pride, while 18% said “sorrow”. 21% said both. The Soviet Union may have collapsed economically, in large part due to the demographic and expenditure legacy of the War but for modern Russians the conflict continues to strike a chord and provide the population with a resounding nationalistic rallying call. 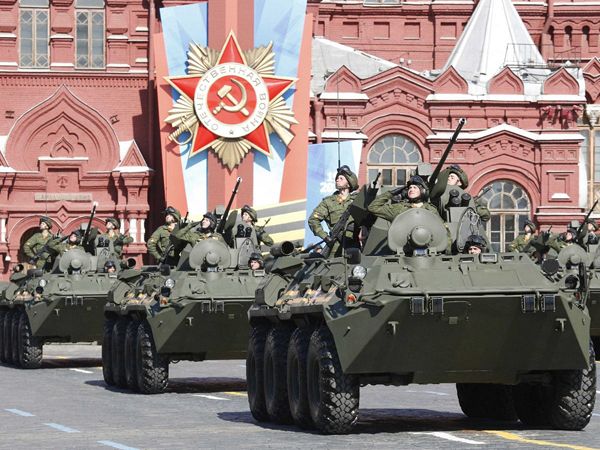