With heavy machinery and simple shovels, Chile’s soldiers and civilians are working to remove the mounds of ash spewed from the Calbuco Volcano last week.

Authorities have set up a 20-km cordon around Calbuco, in the scenic Los Lagos region, some 1,000 km south of Santiago, Chile’s capital.

The sheer weight of fallen ash has caused houses, schools and bridges to collapse in the immediate surroundings.

It has proved devastating for the owner of a thriving restaurant, now reduced to rubble in Ensenada, the nearest town to Calbuco.

But while Wednesday and Thursday’s eruptions wrecked the eatery, they have not dented the determination of its proprietor who says his diner will rise from the ashes.

“If the volcano keeps giving signals that it is going to carry on like this, then I will have to wait, but as soon as I can …I’m going to start to build a new restaurant,” said owner Rony Alvarado.

And the fear is that the volcano may not be finished just yet.

“We have observed sporadic secondary explosions correlated with seismic signals, in turn associated with the movement of fluids within the volcano,” the National Office of Emergencies said in its latest report. 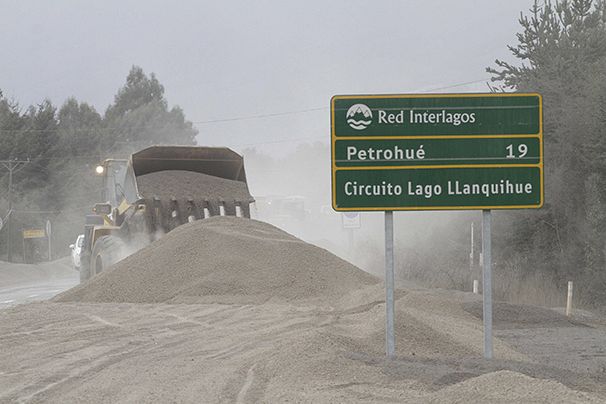 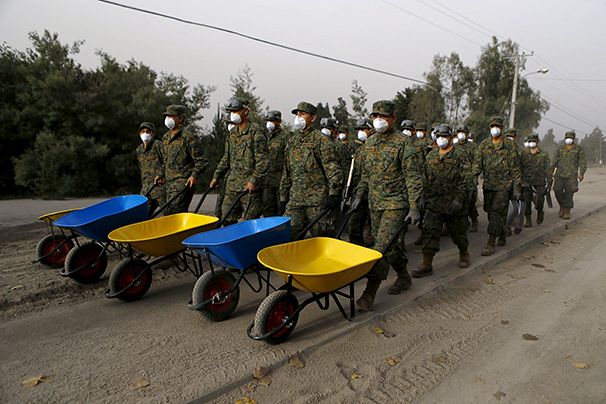 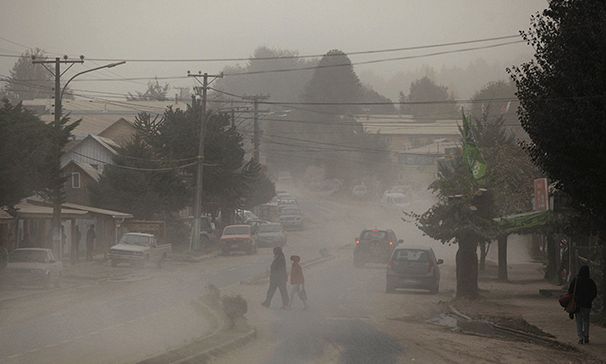