It is the first official visit by a US president to Jamaica in more than 30 years.

Barack Obama is in Kingston to attend a summit of the 15-member Caribbean Community.

The last US leader to visit the island country was Ronald Reagan in 1982.

Washington is attempting to show that it is serious about reengaging with the region on trade, security and energy. 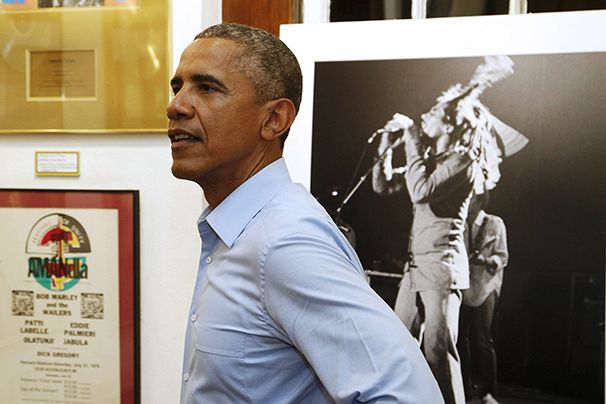 Obama also took time out from meetings to pay a visit to the Bob Marley museum.

The president is due to attend a Western Hemisphere summit in Panama on Friday and Saturday, where the Venezuelan President is expected to confront Obama over US sanctions.

Venezuela is facing hardship due to falling oil prices and some experts say its economic clout in the region is waning.

The American President is also expected to meet the Cuban leader Raul Castro for the first time since starting negotiations on improving relations.

5 things to watch for on President Obama's trip to Jamaica and Panama: http://t.co/3HQp3I4M2K

More details on President Obama's travel to #Jamaica#Panama for the Summit of the Americas https://t.co/vRrsWtJIBTpic.twitter.com/PXfRs4z6Sb